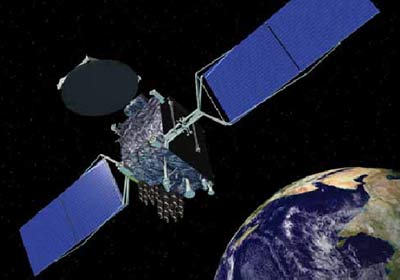 Intelsat has informed the FCC that it has lost overall control of its Galaxy 15 satellite probably as a result of a geomagnetic storm. It is the second time that the satellite has suffered problems in orbit.

The official notification to the FCC says: “Galaxy 15 is currently authorized to operate at the 133.0° West orbital location.  On August 10, 2022, Galaxy 15 experienced an anomaly, which was likely triggered by space weather. Due to this anomaly, Intelsat lost the telemetry and commanding links. Intelsat was able to regain commanding of the satellite via an alternative path on August 14th; due to an issue of unknown origin, subsequent commands on August 15th were not conveyed to the satellite. Intelsat is diligently working to regain commanding of the satellite.”

“If unsuccessful,” says Intelsat, “the Galaxy 15 satellite is anticipated to drift outside of its authorized +/- 0.05° East/West station-keeping box [late on August 15].”

However, Intelsat’s letter to the FCC says: “Due to the technical anomaly, Galaxy 15 will be unable to maintain compliance with the station-keeping box requirements of Section 25.210(j) of the Commission’s rules and paragraph three of its license. Intelsat will, however, take all practicable steps to regain control of the satellite, ensure safe operation of the spacecraft, and avoid causing harmful interference, including by contacting operators of satellites that could be impacted by the current anticipated drift of the satellite.”

Intelsat says it is off-loading its Galaxy 15 clients onto other satellites. Clients will have “service continuity” says Intelsat, although independent comments say that Intelsat is “frantically” moving a satellite into the 133 degrees West location.

Meanwhile, Galaxy 15 was scheduled to be replaced by Galaxy 33 in a launch scheduled for October and launched by SpaceX.

Once Galaxy 15’s customers have been moved then it’s likely that Intelsat will again attempt to regain full control of the craft. If that effort proves impossible, then the craft will be de-orbited out of harm’s way.

Galaxy 15 suffered an earlier problem, also caused by extreme solar activity back in 2010. The satellite was launched in 2005 and wholly recovered after the problem.