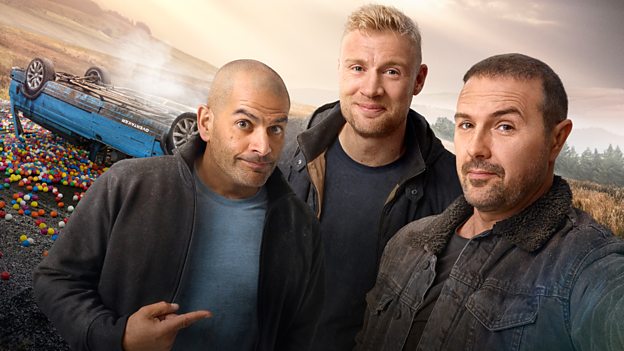 Scheduled to match the viewing habits of families in South Africa, BBC UKTV will offer a variety of high-quality entertainment across all genres:

Factual entertainment shows can be enjoyed on the channel every day ranging from the award-winning baking competition, The Great British Bake Off (Season 8)  and cooking shows Rachel Khoo’s Kitchen Notebook and Mary Berry Cooks to thrilling motoring shows such as Million Dollar Car Hunters on Thursdays at 20:55 and classic Top Gear (Season 19) which will air weekdays at 20:00.

British hospital-based soap Casualty (season 36) will debut in South Africa every Thursday at 18:20 and Doctors (season 22) will premiere weekdays at 19:00.

The channel will also provide entertainment for children aged 0-12 between 06:00 and 09:00 every morning including the first seasons of action-packed geographical adventure, Go Jetters, Children’s cookery show, My World Kitchen, wildlife show, Andy’s Safari Adventures and My Pet & Me which helps children appreciate what it really means to have a pet.

“We are proud to partner with Openview to launch our first ever free-to-view channel in South Africa,” declared Arran Tindall, Senior Vice President, EMEA Key Markets, BBC Studios. “The launch will enable us to reach wider audiences utilizing the richness of the BBC’s catalogue across multiple genres. I can’t wait for new families in South Africa to experience the very best of British content and discover their new favourite shows.”

“I am so excited for even more families in South Africa to access BBC Studios’ incredible catalogue of Bold, British shows,” added Pierre Cloete, Commercial Director Africa BBC Studios. “From British soaps, fascinating documentaries and children’s shows, BBC UKTV has been carefully crafted to match the viewing habits of the whole family, providing all age groups entertainment at every moment of the day.“

“Openview is a growing platform and constantly adding new channels and genres to appeal to a broad audience,” said Marlon Davids, Group Executive for Programming. “Earlier this year, we added eXposed (a raw, unfiltered lifestyle and entertainment channel aimed at Gen Z), ePlesier (showcasing the most loved Turkish Telenovelas dubbed in Afrikaans), and The Home Channel+ (Homemakers and Gardeners delight). We are pleased and excited to give our audiences even more choice, and more of the best in world-class entertainment with the addition of BBC UKTV”

The launch of BBC UKTV joins BBC Studios’ existing channel offering in the market including BBC Earth, BBC Brit, BBC Lifestyle, CBeebies and BBC World News on DStv and BBC Kids which is available to MTN customers on the Play Store.