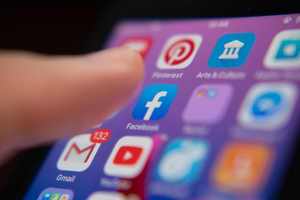 The UK’s Competition and Markets Authority (CMA) has found that Meta’s takeover of Giphy could allow Meta to limit other social media platforms’ access to GIFs, making those sites less attractive to users and less competitive. It also found the deal has removed Giphy as a potential challenger in the UK display advertising market, preventing UK businesses from benefiting from innovation in this market.

The CMA published its original Phase 2 decision on this case in November 2021, finding that the deal could harm social media users and UK advertisers, and ordering Meta to sell Giphy. Meta subsequently appealed that decision to the Competition Appeal Tribunal (CAT).

In July 2022, the CAT upheld the CMA’s decision on five of the six challenged grounds. In particular, the CAT said it had “no hesitation” in concluding the CMA’s finding – that the merger substantially reduced dynamic competition – was lawful.

The Tribunal only found in Meta’s favour on a procedural ground relating to the sharing of third-party confidential information. In light of the finding, the CMA reconsidered its decision. The CMA has conducted an expedited review and is now issuing.

Over the past three months, an independent CMA panel has analysed additional third-party evidence, as well as new submissions from Meta and Giphy. Following its review, the CMA concluded Meta would be able to increase its already significant market power by:

The CMA also found the merger would negatively impact the display advertising market. Before the merger, Giphy was offering innovative advertising services in the US and was considering expanding to other countries, including the UK. These services allowed businesses, such as Dunkin’ Donuts and Pepsi, to promote their brands through visual images and GIFs.

The CMA found that Giphy’s advertising services had the potential to compete with those of Meta, and would have encouraged greater innovation from Meta and other market players. However, Meta terminated Giphy’s advertising services upon acquisition, removing a potential ad tool for UK businesses. The CMA considers this particularly concerning given Meta controls almost half of the £7 billion display advertising market in the UK.

The CMA has concluded the only way to avoid the significant impact the deal would have on competition is for Giphy to be sold off in its entirety to an approved buyer.

“This deal would significantly reduce competition in two markets,” stated Stuart McIntosh, Chair of the independent inquiry group carrying out the remittal investigation. “It has already resulted in the removal of a potential challenger in the UK display ad market, while also giving Meta the ability to further increase its substantial market power in social media.”

“The only way this can be addressed is by the sale of Giphy. This will promote innovation in digital advertising, and also ensure UK social media users continue to benefit from access to Giphy,” he added.