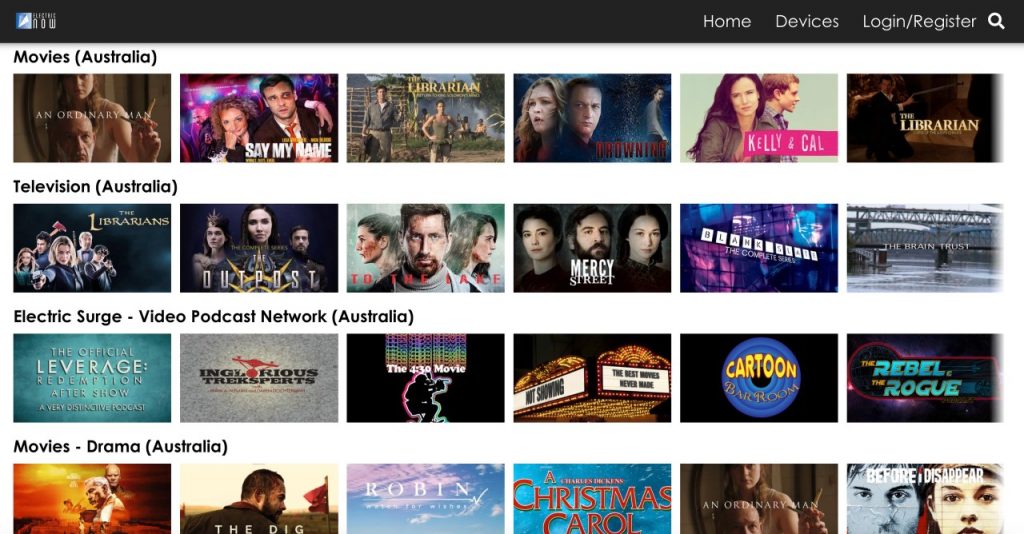 Electric Entertainment, the LA-based production and distribution company, has announced that for the first time their AVoD channel and App, ElectricNOW, will be available internationally. The worldwide roll-out strategy will begin with Australia in early November, following shortly thereafter with the Canadian and UK territories.

Dean Devlin, CEO of Electric Entertainment, commented “When we first launched ElectricNow domestically, we knew our fans reached beyond our US borders. Throughout the years we have had a constant outpouring of fandom and excitement from territories all over the world. We are now thrilled that our shows and films will be reaching our fans beyond the US, and we will continue to increase ElectricNOW’s distribution worldwide.”

Launching with approximately 450 hours of programming, TV titles on ElectricNOW include Electric Entertainment’s original productions such as The Outpost and The Librarians. Movies include the British romantic comedy, Say My Name, Irish thriller, The Dig, US war drama Flyboys and the Maltese historic production Blood on the Crown, among many others.

Audiences will also be able to watch episodes from Electric’s video podcast network, Electric Surge, including, Leverage: Redemption After Show, Inglorious Treksperts, The 4:30 Movie, Best Movies Never Made and more.