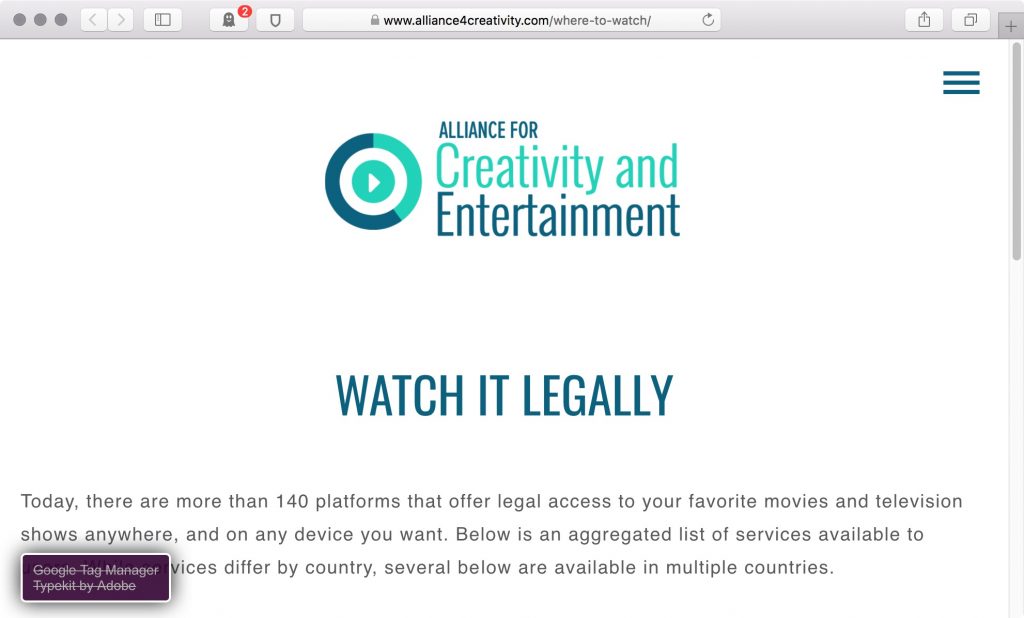 The Alliance for Creativity and Entertainment (ACE), the coalition dedicated to protecting the dynamic legal ecosystem for creative content, has shut down one of the largest football and live TV piracy operations in Latin America.

The ACE action targeted futbollibre.net and televisionlibre.net, as well as 40 additional domains, all operated by an Argentinian man. This successful operation comes at an important moment, during the lead up to the 2022 FIFA World Cup, which is set to begin November 20th in Qatar.

Combined, the 42 now defunct domains received more than 308 million visits over the past six months, with traffic increasing month after month. The top two domains – futbollibre.net and televisionlibre.net – received 42.9 million and 7.8 million monthly visits, respectively.  The sites drew most of their traffic from Argentina. Futbollibre was notorious for unauthorised streaming of live matches of nearly all major soccer leagues, including UEFA Champions League, LaLiga, and the Argentine Professional Soccer League.

“The successful takedown of this major sports piracy ring marks significant progress as ACE expands its live-tier operations and efforts to combat illegal sports piracy,” said Jan van Voorn, Executive Vice President and Chief of Global Content Protection for the Motion Picture Association and Head of ACE. “With the World Cup just a few weeks away, the coalition is sharply focused on live piracy, which poses a serious threat to sports leagues and fans around the world.”

All 42 illegal domains were transferred to ACE and are now being redirected to ACE’s ‘Watch Legally’ landing page. ACE also was given control over the related Twitter and Instagram accounts and posted its standard takedown notification on each account.