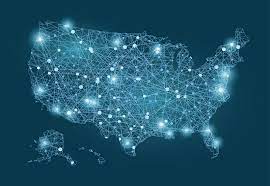 The Federal Communications Commission asked Congress earlier in 2022 for authority to make content companies such as Netflix pay into the Universal Service Fund (USF) to help subsidise Internet access for households that can’t afford it. But the economics of Internet traffic dictate that idea would backfire by raising prices for consumers and lowering the quality of online services, according to a report from science and technology policy think tank Information Technology and Innovation Foundation (ITIF).

The report examines so-called ‘sending-party-pays’ (SPP) policies, in which content providers pay mandated prices to have their services delivered to customers. South Korea serves as a case study. The report describes how its experiment with SPP policies led to less-efficient Internet traffic flows, higher prices, and lower content quality.

“If Congress expands USF fees to content providers, then American consumers will face some of the same problems that South Korean consumers are already experiencing,” said Joe Kane, director of broadband and spectrum policy at ITIF, who co-authored the report.

The Universal Service Fund was established to subsidise telephone service and later expanded to cover broadband Internet service wherever the cost of deployment or households’ inability to afford it would leave them disconnected. Its funding—which comes through fees levied on telecommunications services—comes from a dwindling base because consumers are switching from traditional phone services to Internet-based services, which are not subject to USF fees. So, some policymakers have proposed expanding the USF’s reach to content providers.

“It’s highly unlikely that broadband deployment will be underfunded without additional sources of USF contributions; the federal government has already enacted several programmes that’ve poured tens of billions of dollars into broadband deployment. If the National Telecommunications and Information Administration and the states are wisely spending this money, then, honestly, at least the USF high-cost fund should be vastly scaled back, if not outright eliminated,” said Kane.

The report breaks down the economics of Internet traffic as well as how SPP policies impact that market. Along with highlighting how the United States is considering shoring up the USF’s base and examining how South Korea has implemented SPP policies, the report shows that the European Union is also considering similar policies.

“Clearly, the fascination with SPP models is spreading internationally,” said Jessica Dine, co-author of the report and research assistant for broadband policy at ITIF. “But the allure of regulated pricing is a mirage that will give way to consumer harm by distorting the market dynamics that would otherwise coordinate the complex Internet ecosystem.”