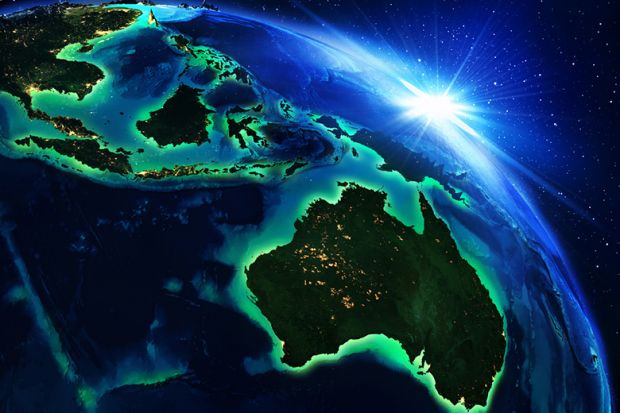 A report published by Media Partners Asia (MPA) indicates that ex-China, Asia Pacific pay-TV subscriber growth will be relatively flat in 2022 with an estimated 106,000 subscribers cutting the cord. Cord cutting peaked between 2019 and 2021 with an aggregate 9.1 million subs cancelling subscriptions, according to MPA analysis, driven by erosion in key markets such as Australia, Malaysia and Thailand as well as the contraction of the cable universe in India.

Going forward, MPA estimates 1 million net new subscribers being added in total over 2022-27, driven by India and parts of South and Southeast Asia but partially offset by contraction in all other regions. India and the Philippines will lead in terms of net new subscriber growth over the 2022-27 period.

Ex-China, total Asia Pacific pay-TV subscribers will grow from 232.9 million in 2022 to 234.7 million by 2027 with penetration of TV homes, adjusted for multiple subscriptions, reaching 48 per cent versus 50 per cent in 2022. India will remain the largest market in size, accounting for 52 per cent of total subs by 2027 with most of its growth powered by DTH satellite platforms as overall penetration will remain flat. Korea is the second largest contributor with 16 per cent of subs by 2027, driven by telco IPTV operators. Pakistan and Vietnam follow, each with 6 per cent of total pay-TV subs by end-2027 while Japan’s high ARPU but declining subs base will contribute 5 per cent by 2027.

MPA executive director, Vivek Couto, commented: “Pay-TV’s future sustainability is anchored to bundled IPTV and home broadband services with telcos and pay-TV operators also integrating premium online SVOD services through the launch of Android platforms, hybrid STBs and various new packages. Linear TV remains important with local and Asian content, sports, and niche international channels driving viewership. However, the growth of legal and affordable online SVoD options as well as the pervasiveness of piracy means that the value of premium sports and entertainment is migrating rapidly away from pay-TV to online. Operator consolidation grew between 2019 and 2021 and we expect more to occur in markets such as China, India, Indonesia, Japan, Korea, Malaysia and Taiwan. Linear channel products are being rationalized in many markets across Southeast Asia as well as India, Hong Kong, Japan and Taiwan.”

China remains the largest pay-TV market in Asia Pacific but remains inaccessible to international investors and content providers. The high volume, low-ARPU pay-TV market continues to grow with total pay-TV subscribers reaching 578 million in 2022, 90 per cent penetration of TV households, after adjusting for multiple subscriptions. After overtaking cable TV as the largest pay-TV segment in 2019, IPTV continues to gain share of subs and revenue, benefitting from popular telco fibre broadband bundles and superior content offerings (especially premium on-demand) over cable TV. MPA projects 41 million new IPTV subscriptions in China between 2022 and 2027, taking the total base up to 419 million by 2027, with 76 per cent of the total fixed broadband base subscribing to IPTV.

Total Asia Pacific pay-TV industry revenues, including subscription and advertising, will grow by an estimated 3.5 per cent in 2022 and is projected to grow at 2.1 per cent CAGR over the next five years. Ex-China, the Asia Pacific pay-TV revenue pie is estimated to grow 1.4 per cent in 2022 and at a CAGR of 1.7 per cent between 2022 and 2027. Revenue growth in 2022 has largely been driven by India, Korea, the Philippines and Vietnam. India and Korea will continue to contribute the most to incremental revenue growth between 2022-27.

India, Korea and Japan will remain the largest revenue generating markets in Asia Pacific ex-China, accounting for a combined 74 per cent share in 2022, growing to 78 per cent by 2027. Australia, Malaysia and the Philippines will remain important, contributing 7 per cent by 2027 though both Australia and Malaysia will see cord cutting and face significant structural challenges.

The Asia Pacific IPTV market will grow by an estimated 8 per cent Y/Y in Asia Pacific in 2022 to reach 416.5 million subs, representing more than 60 per cent of total telco fixed broadband subs. Much of the growth remains driven by China, followed by Korea, Indonesia, Thailand, Vietnam and Malaysia. Fibre broadband deployments by telcos continue to scale as high-speed connectivity becomes pervasive across households. The role of video remains important, with IPTV and VoD services critical to strengthen the broadband bundle.

The Philippines DTH market continues to grow, reflecting demand for low-ARPU platforms (i.e. Cignal and GSat) with national reach, aggregating local and international TV channels. In other markets (i.e. Indonesia and Thailand), the DTH pay-TV market has been severely impacted and downgraded.

DTH operators in mature markets facing competition from SVoD and broadband continue to harvest high-ARPU subscribers with HD services and next generation STBs with VoD and broadband connectivity. Examples include Foxtel in Australia, Sky TV in New Zealand and Astro in Malaysia.

MPA forecasts indicate that Asia Pacific DTH industry subscription revenue will expand at a CAGR of 1 per cent to reach $6.3 billion by 2027. India will continue to lead the region, followed by Japan, Malaysia and Australia. Philippines will be in fifth place by 2027.