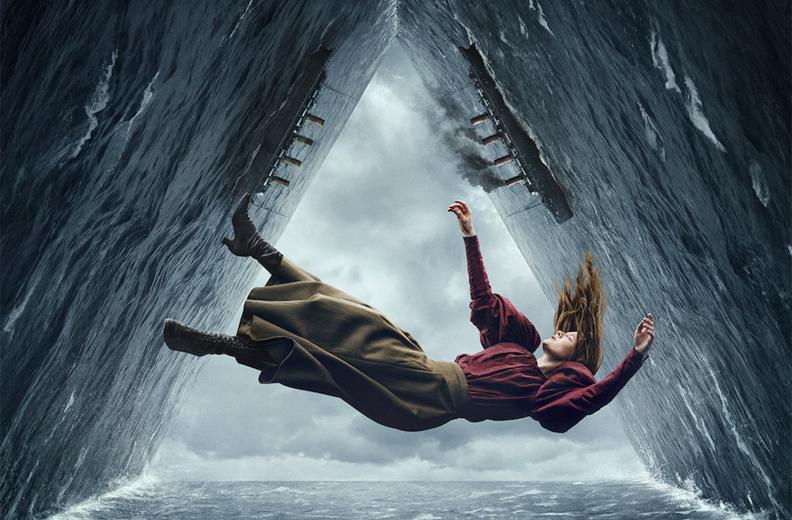 Virtual production (VP) in the film and TV industries continues gaining traction, with a Altman Solon report showing that the industry experts surveyed are using VP on 40 per cent of their current projects. Despite the buzz over VP, which employs new innovations to reduce production costs and timelines, the report identifies challenges to its widespread adoption, including a limited global pipeline of skilled workers.

Altman Solon’s 2022 Global Film & Video Production Report highlights VP as a growing trend in the industry, driven by the need for virtual and collaborative tools to lower production costs, improve timelines, and overcome the limitations of physical production sets. For example, Netflix leverages VP capabilities on the sets of its premium shows – including recent hit 1899 (pictured) – to enhance creative flexibility and avoid expensive on-location shoots.

“VP grew out of necessity during the ovid-19 shutdowns but is quickly becoming an industry standard,” said Altman Solon Partner Mary Ann Halford. “VP includes an array of effective tools that keep projects on track and allow for creative collaboration across sites and even continents. Studios are increasingly exploring its efficacy given the prospective cost savings as well as reduced travel.”

Industry experts – those with more than three years of experience in VP – report through the survey that 40 per cent of their productions are currently using VP tools, while 50 per cent are likely to adopt them in the coming 18-24 months.

VP includes technologies like motion capture, cloud-based editing, and virtual scouting of locations. Overall, respondents reported cost savings and time improvement as the two top benefits of using VP technologies. When asked about the benefits of specific VP applications, respondents viewed the management of 3D data files as the specific tool that delivered the most cost savings (89 per cent) and time improvements (91 per cent) in two or more production phases.

“Virtual production is the future of global filmmaking but how and when it maximises its potential will be determined by the industry’s ability to attract talent to this new field,” said Altman Solon Director Derek Powell. “It’s clear that the networking-heavy approach used in Hollywood for generations will not deliver the VP workforce needed now and in the future. The good news is that studios are employing new and creative recruiting techniques, including better outreach to candidates with diverse backgrounds.”

Tapping private networks, a staple of studio recruitment for decades, is not a leading tactic in recruiting VP candidates, with just over a quarter (28 per cent) of respondents saying they source talent that way. Instead, most respondents are now looking for candidates in adjacent industries like gaming, AR/VR, animation, automotive and transport, and architecture, among others, and through on-campus recruitment to find candidates with the necessary technical skills. The report reveals progress in the diversity of production teams: 52 per cent of survey respondents reported an upswing in recruitment efforts and a noticeable change in representation over the past two years.

Additional key findings of the VP survey include:

Altman Solon’s 2022 Global Film & Video Production Report surveyed 132 industry executives, each with over three years of VP experience. In addition, respondents across film and TV production, advertising and marketing, and various post-production roles have provided insights on the current and future state of the industry in the US and UK.