The race was broadcast on the Formula 1 YouTube Channel live and for free, in seven European markets: Germany, Switzerland, Netherlands, Belgium, Norway, Sweden, and Denmark – the first time the sport has shown live race footage on YouTube.

According to Formula 1, the live coverage attracted a large, young audience:

The live races were supplemented by rich video content (such as build-up, analysis, highlights, archive content) – giving fans more access than ever before on the Formula 1 YouTube channel. The following results, provided by Formula 1 have been seen on the channel as a whole:

As part of the partnership, F1 drivers appeared on Google Cameos for the first time to answer the most asked questions from their fans. Google Cameos were launched in August 2018 on the App Store so that public figures can record video responses to questions that are frequently asked in Google’s search results. These then appear in the knowledge panel of Google Search results.

The livestream also provided a new opportunity for brands to reach an engaged audience. CUPRA, the performance automotive brand, and eBay were among those who took the opportunity to appear alongside the content. CUPRA’s ad creative promoting the new Formentor CUV-model exclusively appeared before live races shown to YouTube fans in Germany, while eBay showed ads against other premium content connected to the race. 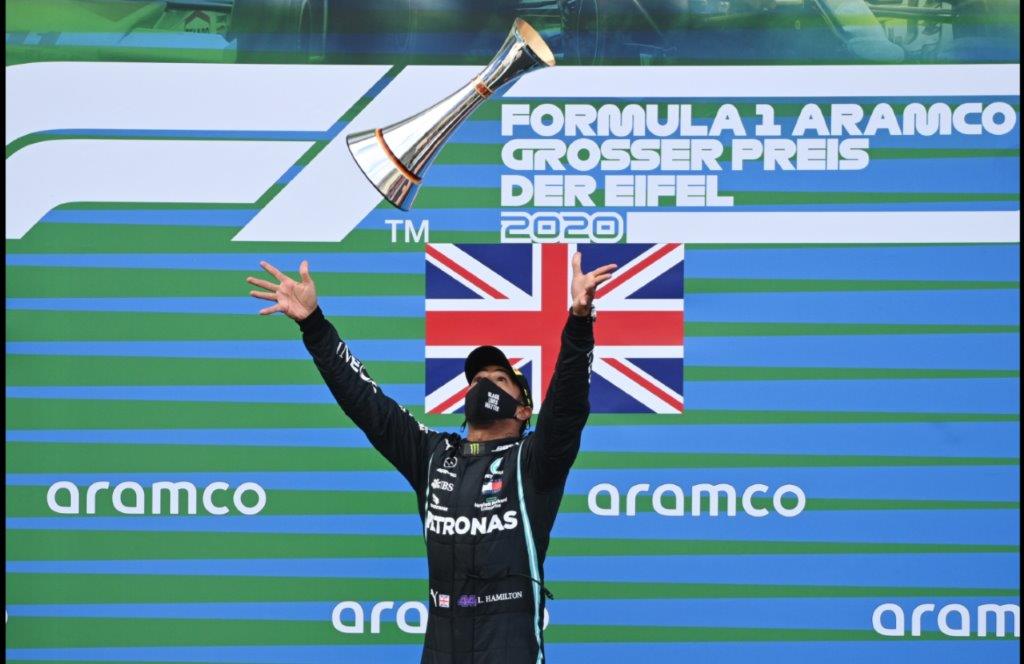 “We’re delighted to see so many fans were able to witness such an historic moment, live on the F1 YouTube Channel last weekend,” commented Adam Crothers, Head of Digital Media Rights, Formula 1. “Partnering with YouTube to live stream an F1 GP for the first time in key markets has been a big moment for us and we are hugely proud of the results. It’s clear to see that younger fans are more engaged with live streaming than ever before and the partnership with YouTube ensures we continue to engage with those fans and help to grow new ones through creative content on the platform, which should also have a positive impact on our hugely important global broadcast community. It’s incredible to see how far Formula 1 has come on the platform in the past few years and continues to position us as one of the strongest sports brands on YouTube.”

“The sheer number of fans who tuned into the F1 YouTube Channel over the past week demonstrates that motorsport fans are coming to the YouTube platform for the content they love,” added Tomos Grace, Head of Sport, YouTube EMEA. “Not only is this an opportunity for Formula 1 and YouTube to give back to existing fans but a chance to inspire a whole new generation of viewers for this exciting sport.”

The partnership builds upon the strong relationship Formula 1 and YouTube have established in recent years — including richer and more engaging content such as longer highlight recaps, top driver and team radio moments, and expert analysis.

YouTube has long served as the hub for the vibrant Formula 1 online community, providing new and existing fans with high-quality and engaging content including driver profile pieces, behind-the-scenes featurettes, podcast interviews, and much more.

All of this has helped the Formula 1 channel to become one of the biggest and most engaged sports brands on the YouTube platform. According to Formula 1:

As people spend more time at home, a shift toward streaming viewership is being witnessed, along with significant growth on YouTube: Watch time of live content on TV screens globally has increased by over 250 per cent (March 11th – April 10th, YoY).