Second on the list is Locke & Key, followed by the new Spanish romantic drama The Time It Takes which debuted on October 29th. The Time It Takes introduces a new format to viewers as each episode in the 10-part series is only 11 minutes episodes long.

Squid Game ranks as fourth on the report followed by Maid coming in at #5.

Apple TV+ takes two spots on the report with the sci-fi series Foundation ranking at #6 and the platform’s The Morning Show coming in at #8. Hulu’s popular mystery-comedy series Only Murders In The Building takes the number 7 spot.

Netflix’s Narcos and Sex Education round out the list at #9 and #10, respectively. 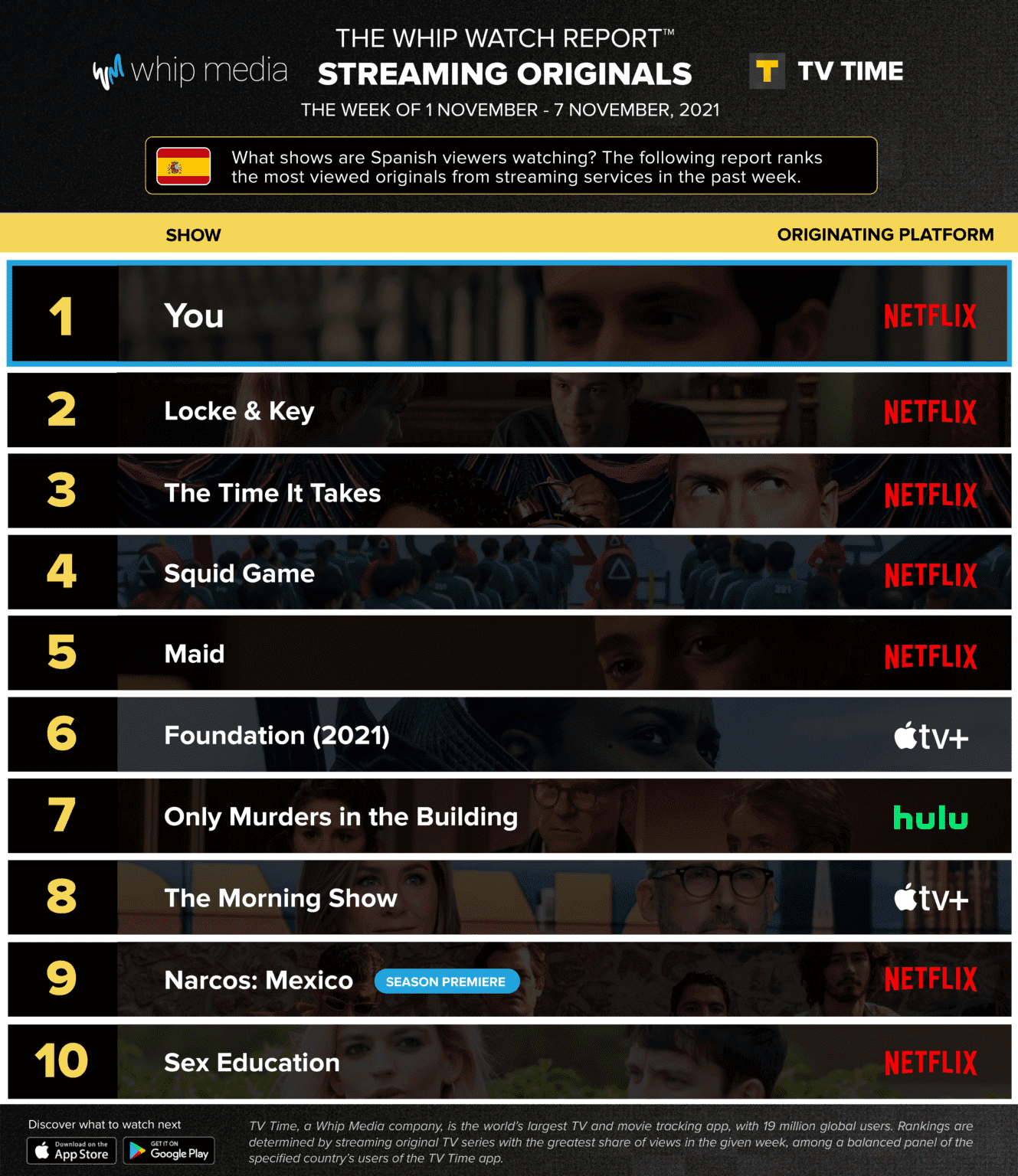