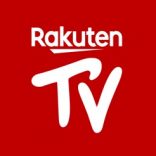 Rakuten TV, the European VoD platform, has announced the launch of 21 new channels across Spain, Italy, and France as part of ongoing expansion plans across key territories.

The new additions will offer a variety of entertainment across lifestyle, nature, film, animation, music, and culture.  All the channels are either available immediately or set to launch within the coming months.

All channels are available immediately except for World Poker Tour, Motorsport, Emotion’L and Ciné Nanar Channel, which are coming soon.