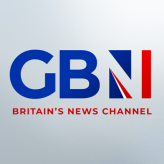 GB News is plotting an overseas expansion according to reports, after its underwhelming UK launch.

The news channel, which positions itself as “an alternative to the UK’s liberal media landscape” has seen its viewership plummet by over 60 per cent since its debut in June.

Andrew Neil, the former BBC journalist who was the face of GB News at launch, left the channel after just a few weeks, whilst the channel was also best by a number of on-air gaffes and poor broadcast quality. A number of high-profile brands also pulled their advertising from GB News after deeming its content to be hateful.

In an attempt to re-establish itself, the channel recently brought former Brexit Party leader Nigel Farage on-board, who was able to secure an on-air interview with his friend and former US President, Donald Trump.

GB News now wants to broadcast in additional markets in a bid to emulate the business model of global news company Sky News, according to Bloomberg – who also reports that the global push is being headed up by company executives including former Sky News Australia boss Angelos Frangopoulos.

Germany, Spain, Poland and Italy are being considered as potential markets for expansion – but any move is largely dependent on viewing figures first picking up in the UK.

The news comes as Rupert Murdoch prepares to launch another news channel, talkTV, in the UK early next year –  which will include a show fronted by Piers Morgan.