Sky Sports is set to show more live and exclusive action from the Betfred Women’s Super League in 2022.

Sky will air two regular season matches as part of double-headers with the Betfred Super League in addition to the semi-finals and Grand Final, which is scheduled for the weekend of September 17th – 18th.

The first live game marks a repeat of the 2021 Grand Final when reigning champions St Helens take on Leeds Rhinos at the Totally Wicked Stadium on June 23rd, before the latter host the Wigan Warriors at Headingley on July 21st.

The BWSL has expanded to 12 teams in 2022 and been split into two groups consisting of six, with the opening round of fixtures due to be played on the weekend of May 15th. 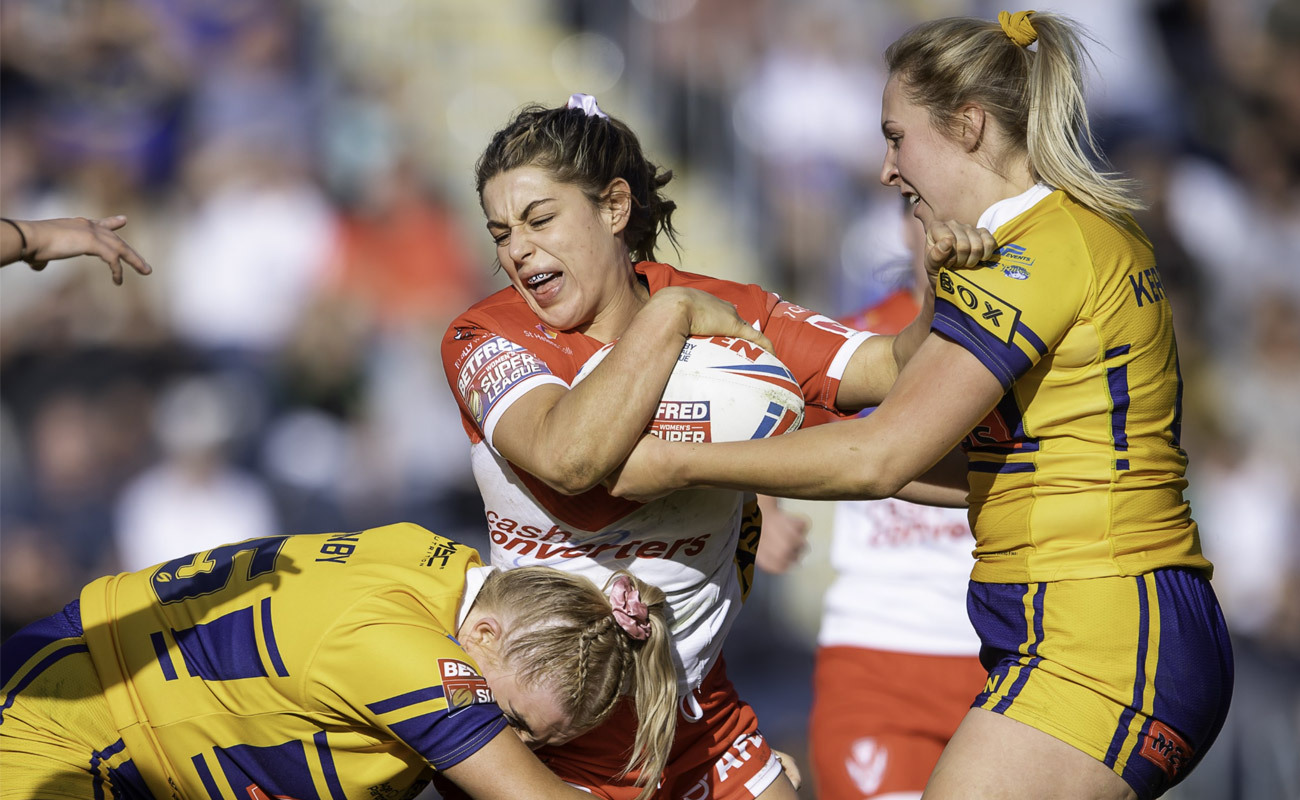 Group 1 sees St Helens begin their title defence with a home clash against Wigan, while Leeds face Castleford Tigers and the 2021 Challenge Cup runners-up York City Knights face Huddersfield Giants, who earned their place in the top six with victory in the BWSL Shield.

Thomas Brindle, the RFL’s Head of Growth and General Manager of the BWSL, said: “Every season brings significant steps forward for Women’s Rugby League, and confirmation that Sky Sports will show live coverage of two regular season fixtures as well as the semi-finals and the Grand Final is a great announcement to make as we publish the fixtures. Sky’s live coverage of the last two Grand Finals in 2019 and 2021 was a huge boost to the profile and prestige of the BWSL, and this is further evidence of their great support of Women’s Rugby League.”

Helen Falkus, Sky Sports Director of Multi-Sports, said: “We’re delighted to be providing our customers with more live Betfred Women’s Super League matches than ever before with the addition of two regular season games. Showcasing these games as double-headers alongside the men’s Betfred Super League games will provide greater visibility for the women’s game as it continues to grow. We’re proud of our continued commitment to the sport of Rugby League here at Sky Sports and very much look forward to the upcoming season.”

Sky Sports remains the primary home of top-level rugby league in the UK, with coverage of the men’s Super League, women’s & wheelchair finals and NRL.