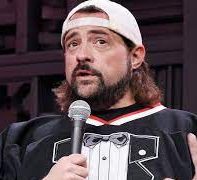 Cinedigm, the independent streaming company, has announced today that Comedy Dynamics, the comedic streaming channel, has launched on Samsung TV Plus in the UK, Samsung’s free content streaming platform.

“The past two years has highlighted the importance of finding time in our lives to smile and laugh,” said Jennifer Soltesz, Vice President, Business Development & Strategy at Cinedigm. “Working with Samsung to bring Comedy Dynamics to a whole new audience in the UK could not have come at a better time, and we are excited to share a little laughter with a lot more people. In addition, this expanded partnership with Samsung TV Plus is another example of the worldwide reach of Cinedigm’s suite of top-notch FAST channels, which appeal to a diverse audience.”

“Our team works incredibly hard to ensure that we are scheduling the right content and the best content for comedy fans to enjoy no matter where they are in the world,” added Brian Volk-Weiss, CEO of Comedy Dynamics.