Viaplay to stream Fury vs Whyte in 10 countries 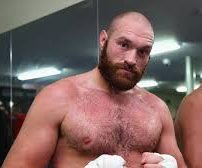 Viaplay will be the exclusive streaming home in 10 European countries of the heavyweight boxing title fight between Tyson Fury and Dillian Whyte on April 23rd.

Some 100,000 fans are expected to fill London’s Wembley Stadium for the historic showdown, with millions more watching around the world, as two of boxing’s heaviest hitters face off for the WBC heavyweight crown in possibly the final contest of Fury’s career.

Fury (31-0-1, 22 KOs) enters the match-up as defending WBC champion following an acclaimed trilogy of bouts with Deontay Wilder – and with the stated aim of retiring undefeated afterwards. WBC interim champion Whyte (28-2, 19 KOs), in turn, recently dominated Alexander Povetkin in a fourth-round stoppage, and now has his sights set on the biggest title in the business.

Peter Nørrelund, NENT Group Chief Sports Officer, commented: “We will bring fight fans in 10 markets a ringside view of this incredible night at Wembley, when Fury meets Whyte in one of the year’s greatest sporting spectacles. Viaplay is a live sports streaming heavyweight and we continue to invest both in the most attractive rights and in our world-class platform.”

Fury vs. Whyte will be included in a regular Viaplay subscription in Estonia, Latvia, Lithuania, Poland and the Netherlands, and will be available as a pay-per-view event in Sweden, Norway, Denmark, Finland and Iceland. The evening’s full card will be shown on Viaplay.