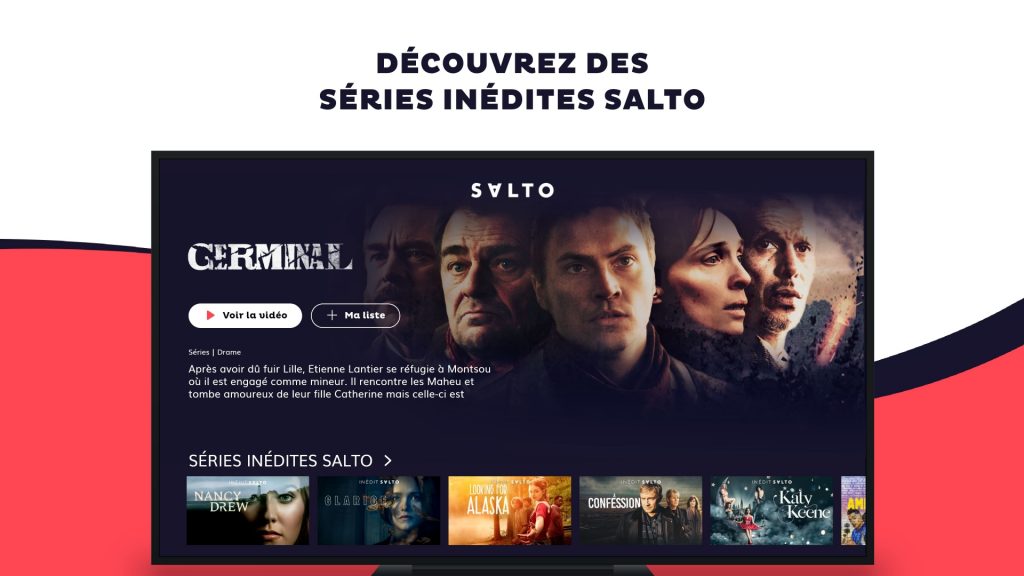 French SvoD service Salto, the joint venture between TF1, M6 and France Télévisions, has concluded a strategic partnership with Prime Video in Europe, allowing all Amazon Prime customers to subscribe to Salto directly from Prime Video Channels as of early May 2022.

For €6.99, new subscribers will have access to films, TV series, docuumentary and youth content available from Salto’s 15,000-strong library, as well as to original and exclusive contents along with  France Télévisions’ 27national and regional DTT channels, in live and catch-up TV.

Making Salto accessible from Prime Video marks a new approach between a content editor and the platform.

Launched in October 2020, the arrival of Salto into Amazon Prime Video’s ecosystem is set to drive up the number of subscribers.  No official figures have ever been disclosed and estimates range between 500,000 and 700,000.

The deal follows a separate agreement between TF1 and M6 with France Télévisions, ahead of the proposed merger between the two private commercial groups. This deal specifies that if the merger is completed, TF1 and M6 would buy out the 33.33 per cent equity interest held by France Télévisions at a definitive value of €45 million.

The new merged group would then own 100 per cent of Salto, enabling it to develop a streaming project.

In parallel to Prime Video, Salto is still looking to extend its OTT availability to STBs in France. The service is already offered on Bouygues Telecom boxes, but not yet on Orange or Free.