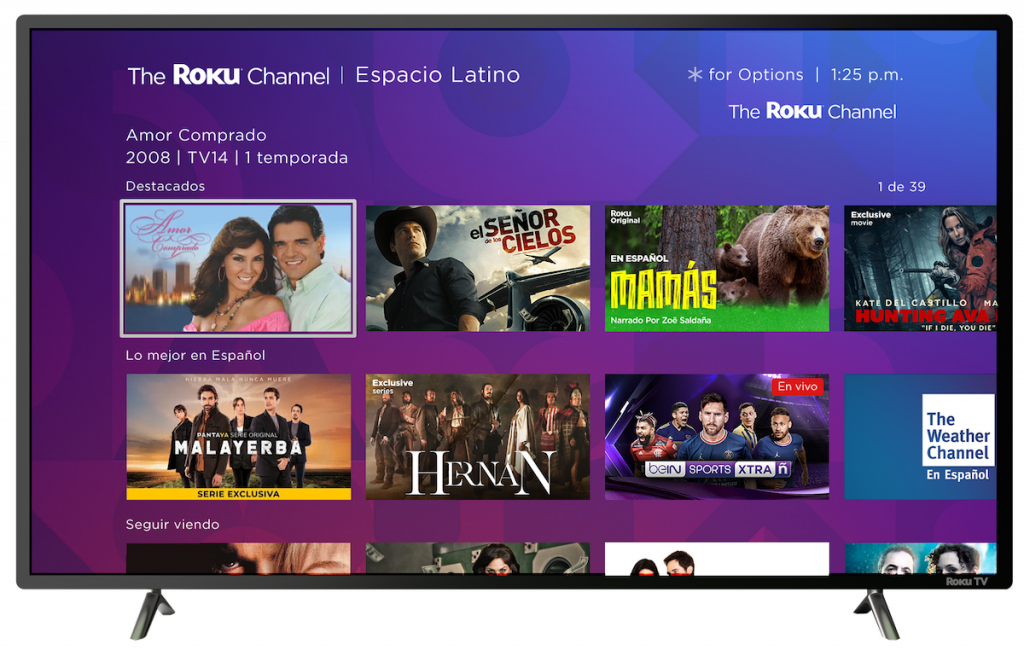 Roku has announced the launch of Espacio Latino, a new destination for US Hispanic audiences, offering a collection of programming geared at Spanish speakers on The Roku Channel, which is free for users.

At launch, Espacio Latino will feature thousands of hours of free movies and TV shows in Spanish, some of which are original and exclusive to Espacio Latino, plus a number of English titles dubbed and sub-titled in Spanish. Espacio Latino will include over 50 Spanish language Live TV channels, of which more than 25 are brand new to The Roku Channel. Espacio Latino audiences will also have the ability to add Spanish-language Premium Subscriptions to access and enjoy all their favourite content in one place. Additionally, Roku Original titles will be available on Espacio Latino, including the recently released series Mamas, narrated in Spanish by Zoë Saldaña. An all-new, Spanish Language Roku Original, Natural Born Narco, will debut on July 8th.

Alan J. Sokol, President and CEO of Hemisphere Media Group, added: “We are proud to partner with The Roku Channel who shares our values in making Spanish-language content more accessible to consumers and offering them a rich viewing experience. It’s exciting to be a part of the launch of Espacio Latino and we look forward to providing the platform with the premium content we know our audiences enjoy. As content providers, our goal is to meet viewers where they are, and this new partnership gives us the opportunity to deliver on our promise to bring high-quality, culturally relevant content to the Hispanic/Latino communities we serve.”