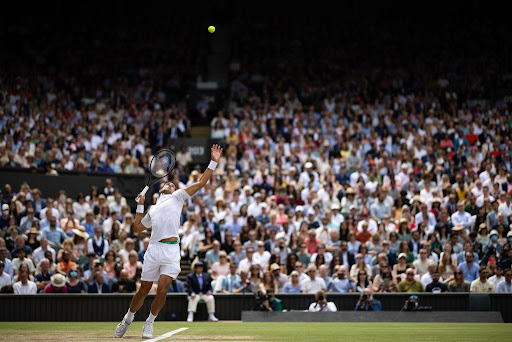 Set to be broadcast live in 11 markets across Europe, Warner Bros Discovery Sports (WBDS) will deliver what it says will be a full 360-degree experience of The Championships from Wimbledon for fans in Sweden, Norway, Finland, Iceland, Belgium, the Netherlands, Romania, Hungary, Czech Republic, Slovakia and Bulgaria on discovery+, Eurosport, Eurosport App and the Eurosport website.

Viewers in the UK and Ireland will be able to catch a daily highlights show on Eurosport and discovery+ in the UK with both singles’ finals broadcast live.

According to WBDS, fans won’t miss a point on discovery+ and Eurosport App with all matches, all courts, from every round covered. In addition to coverage on Eurosport and showcasing the full breadth of its network and commitment to ensuring the greatest reach, WBDS’s free-to-air channels in Norway (Max), Sweden (K9 and K5) and Finland (TV5) will broadcast matches from the quarter-finals, semi-finals and both ladies and gentlemen’s singles finals. Eurosport in the UK will also show both the women’s and men’s singles finals live.

“Our coverage of Grand Slam tennis is as innovative as the new generation of players who are coming through the ranks at the moment,” declared Scott Young, SVP Content and Production at Warner Bros Discovery Sports Europe. “Some of these exciting and up-and-coming players come from the countries where we will be presenting Wimbledon. Our philosophy when presenting tennis has taken us closer to the players and those around them. We will be bringing our unmatched tennis expertise and world-class production to the tournament this year to scale live and on-demand coverage to millions of fans.”

“On top of this, we are looking forward to continuing our Grand Slam storytelling and will serve the best localised content to our audiences all over Europe via Eurosport.com as part of a 360-degree tennis experience.”

The Championships from Wimbledon is available on discovery+ in Finland, the Netherlands, Norway, Sweden and UK and Ireland.

The qualifying tournament, which started on Monday June 20th, is also available live and exclusively on discovery+ and Eurosport App.