Next Level Chef coming to ITV and ITVX 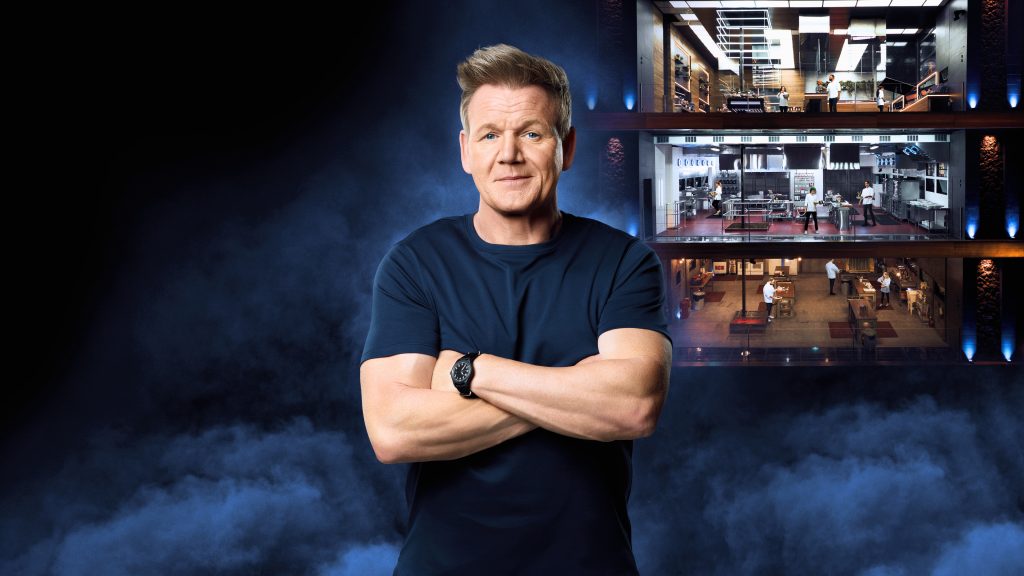 Produced by Studio Ramsay Global, Next Level Chef is a culinary gauntlet challenge. The eight-part series, broadcasting in 2023, is set in a trailblazing TV studio, with three unique kitchen spaces set across three storeys and almost 50ft high.

Each floor will test the contestants’ culinary creativity, agility, flare, and expertise, as they vie to progress to the next level. From the top-level state of the art kitchen utopia to the gloomy basement level ‘scraps only’ surroundings, Next Level Chef will task its chefs to prove they can thrive in any environment.

In a quest to unearth the culinary world’s next sensation, Ramsay will be joined by two of the most elite names in food, as the three judges preside over and mentor a group of talented chefs who will compete against each other to prove they can handle the heat in any kitchen space that is thrown at them. The contestants will be under the watchful eyes of the panel across all three floors as they battle it out to produce the most mouth-watering dishes and avoid elimination. Ultimately, only one can be named Next Level Chef, and the winner will receive a cash prize of £100k and a one-year mentorship under all three mentors.

The US version of the show was filmed in Las Vegas and the first season aired on Fox earlier this year.

Rawcliffe commented: “Next Level Chef is a dynamic, edge of your seat cooking competition in a league of its own. We’re so excited to welcome Gordon back to the UK and get started on perhaps the most ambitious TV studio the world has to offer.”

Ramsay added “Next Level Chef is off the chart Next Level everything; A culinary competition that is epic on every level. From the size of the enormous structure to every challenge, every moment of jeopardy is huge.  I want to see our chefs, social media stars, home cooks whatever their level, whatever their experience, show me what they can do. Whether they’re at the top cooking in the dream kitchen with every gadget and the finest ingredients or in the middle kitchen, good equipment, good ingredients but nothing fancy or, and this is where it gets really interesting, down in the basement kitchen. Super basic, minimal ingredients and left-over scraps then show me what you’re really made of. Talent and tenacity will absolutely shine through, and someone will walk away with an equally next level prize, I can’t wait to get started.”