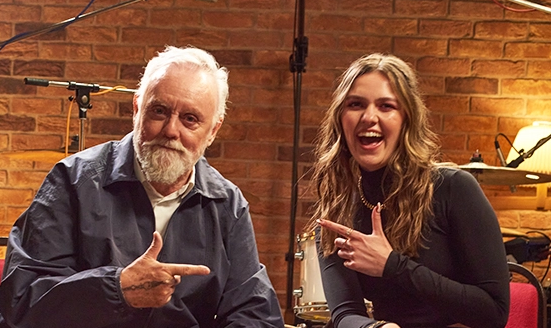 The series will go live on the MTV UK YouTube channel on August 24th as an extension of the adidas’ Made Originals campaign. Inspired by and remixing the past, while creating the future, the campaign aims to define a new age of originality, as the brand celebrates the 50th anniversary of the trefoil. During MTV Originals, Bow Anderson, Che Lingo, and Self Esteem will have exclusive access to Abbey Road Studios, which has been home to artists from The Beatles to Frank Ocean and Little Simz.

“Our partnership with adidas to launch MTV Originals will not only provide an incredible platform for some of the industry’s most acclaimed new artists, it will also create a new opportunity to connect with fans around the world, further demonstrating our position as cultural innovators. MTV Originals is one iconic track with three original takes and a format with great potential to travel across platforms, thanks to its versatile nature and engaging content suitable both for online and social platforms and for linear,” said Lee Sears, Executive Vice President and Head of Velocity International, and General Manager of International Events, Digital, Ad Sales & Integrated Marketing, Paramount Global.

“MTV Originals is the perfect example of Paramount’s ongoing commitment to elevating the next generation of music superstars,” added Bruce Gillmer, President of Music, Music Talent, Programming & Events, Paramount and Chief Content Officer, Music, Paramount+. “We are thrilled to partner with adidas to provide these fresh, diverse voices an opportunity to showcase their creativity and artistry on a massive global scale.”

“When we think of musical icons they don’t come much bigger than Roger Taylor. Unlocking Radio Ga Ga for this exciting new generation of artists to reimagine as their own for our ‘Made Originals’ campaign is exactly what adidas Originals is all about – inspiring people through the past, to create the future. Our partners at MTV, Paramount and Abbey Road provided us with the ideal stage to define a new age of originality,” said

Chris Walsh, VP Brand, adidas North Europe.“MTV Originals hits all the right notes, it magically combines a cracking creative format that perfectly aligns to what adidas originals stands for. MTV’s music acumen and positioning among young audiences made them the perfect partner to bring the exclusive access to Abbey Road Studios and Roger Taylor to life. This is a winning combination of two iconic brands collaborating to make a stand-out series, cleverly using an instantly recognisable track to celebrate the past, whilst creating the future through these break-out musical talents,” commented Claire Prince, Head of Branded Entertainment, MediaCom UK.

The series will feature three episodes for each artist, totaling nine episodes: a hero episode, a live performance music video and a lyric music video. Beginning on August 24th, episodes will drop on MTV UK’s YouTube channel and will be available for audiences around the world, along with exclusive behind-the-scenes content that will live across MTV’s YouTube, Instagram, Facebook, Snapchat and Twitter channels. Each music video will also air on the linear channel, MTV Music, in the UK.