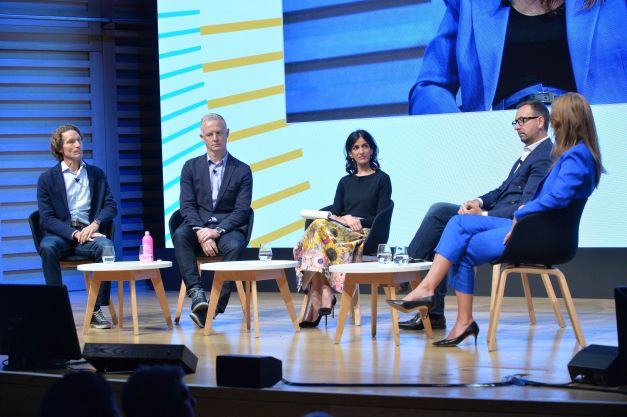 Senior executives from some of the TV industry’s major companies have suggested they are well positioned to counter the effects of the financial climate on users’ entertainment spend. Speaking at the RTS London Convention 2022, Priya Dogra, Convention Chair and Managing Director, EMEA, Warner Bros. Discovery, acknowledged that the entertainment industry was at the beginning of “an era of financial retrenchment”.

In a panel session, ‘Follow The Eyeballs, Follow The Money: Winning In The Attention Economy’, Jan Koeppen, President, The Walt Disney Company EMEA, said he was “bullish” that the broadcaster had the right content. “in the long run, there’s a lot of room to grow.” he asserted. “Even with the economic rules we have now, people are going back to quality and I think great content will win.”

“Disney have been running a huge multi-billion SVoD service unsupported in the US for some time through Hulu. That’s a service that has enabled viewers to pay higher for non-ads and less for ads, and its been a hugely successful model,” he added.

“Nickelodeon has about 6.5 million followers on YouTube and 3 million on TikTok,” advised Maria Kyriacou, President, Australia, Canada, Israel and UK, Paramount International. “It’s a sizeable base but the money-making is going on elsewhere. It’s important to use these channels to bring consumers to your linear channels and streaming services.”

“The quality of inventory makes the market more competitive, and that’s not a bad thing to shy away from,” suggested Stephen van Rooyen, EVP & CEO, UK & Europe, Sky. “More inventory always has issues with pricing pressure but its better to offer more choice to the consumer.”

“Under 55s today spend the majority of their time off broadcasters,” noted Ben McOwen Wilson, Managing Director, Google Play EMEA. “But we can reach the new generations by leaning into the platforms where they are and making your content available there. Bring them into your world.”

In a subsequent keynote conversation, Alex Mahon, CEO, Channel 4, suggested that people want to watch things with ads in them because they’re free, “especially now they can’t afford all these different SVoD services”.