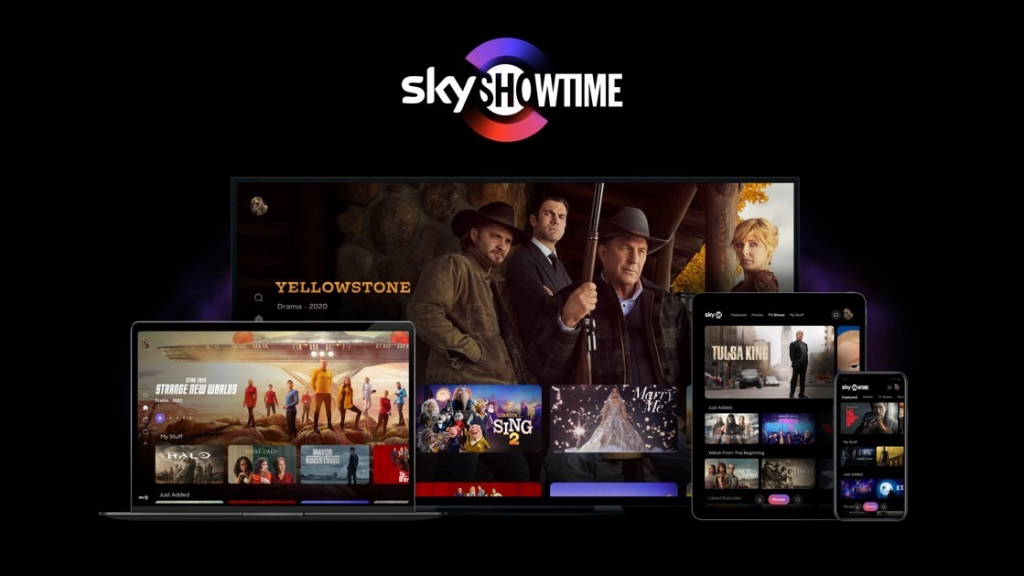 The launches follow SkyShowtime’s arrival into Denmark, Finland, Norway, and Sweden, in September, and the Netherlands and Portugal in October.

Customers across the six Central and Eastern European markets will have access to exclusive television premieres of first-run theatrical films from Universal Pictures and Paramount Pictures, new and exclusive scripted series, kids and family content and a selection of library titles and box sets from Nickelodeon, DreamWorks Animation, Paramount+, Showtime, Sky Studios and Peacock – all streaming in one place. SkyShowtime will also feature local original programming, documentaries and specials from its markets.

From launch, local audiences will have access to a diverse selection of series and movies including: 1883, 1923, A Friend Of The Family, Ambulance, American Gigolo, Blocco 181, Halo, Law & Order Season 21, Let the Right One In, Mayor Of Kingstown, Marry Me, Pitch Perfect: Bumper in Berlin, Sing 2, Star Trek: Strange New Worlds, Super Pumped: The Battle for Uber, The Calling, The Fear Index, The First Lady, The Hanging Sun, The Midwich Cuckoos, The Northman,The Offer, The Rising, Tulsa King, Vampire Academy andYellowstone.

In addition, SkyShowtime is the home to blockbuster films from Universal Pictures and Paramount Pictures, which will be available on the service following their theatrical and home entertainment release. New films coming to SkyShowtime include: Top Gun: Maverick, Jurassic World Dominion, Minions: The Rise of Gru, The Bad Guys and The Black Phone. Other movies that will be available on the service include Redeeming Love, Downton Abbey: A New Era andBelfast.

SkyShowtime CEO, Monty Sarhan, commented: “We are extremely excited to bring SkyShowtime to Central and Eastern Europe. We know that our incredible line up of series and movies – all at an amazing price – will resonate with consumers in these new markets just as it has with subscribers in the Nordics, the Netherlands and Portugal. It has been incredibly rewarding to see the excitement about SkyShowtime’s next launches.”

Gabor Harsanyi, Regional General Manager for Central and Eastern Europe, SkyShowtime, added: “SkyShowtime delivers a roster of incredible content. We are proud to bring to audiences across Central and Eastern Europe new and exclusive access to the latest series and movies from our iconic and world-renowned studios. I am excited that this world class premium proposition is finally arriving to our region.”