Success for OneWeb and 40 satellites 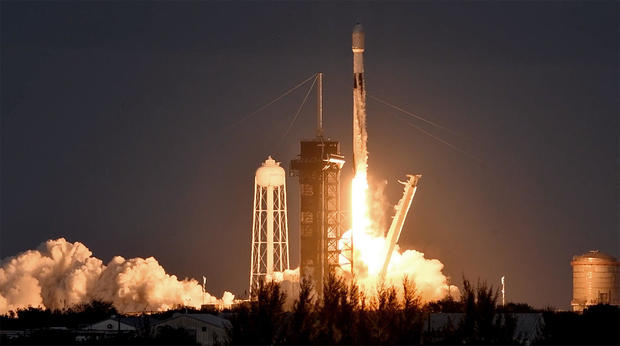 A SpaceX rocket successfully launched 40 OneWeb satellites into orbit on December 8th (at 5.27pm local Florida time). The satellites were deployed shortly after launch and signal acquisition confirmed on all the satellites.

The mission was OneWeb’s 15th to date and the constellation operator says puts it firmly back on track to start global coverage and services in 2023.

With 502 satellites in-orbit, OneWeb has almost 80 per cent of its first-generation constellation completed – with only three more launches now remaining to reach global coverage.  The latest launch is a significant milestone, as the company will be able to expand service dramatically and initiate connectivity solutions soon to areas including the US, Southern Europe and North Africa, Northern India, the Middle East, Japan, Southern Australia, South Africa and parts of South America.

Neil Masterson, Chief Executive Officer of OneWeb, commented: “This launch is an immensely gratifying way to close out 2022, bringing OneWeb another step closer to activating our space-based connectivity globally and reflecting the shared ambition and collective goodwill that is driving the satellite communications industry. We are thankful for the support of other leaders in the space industry allowing us to quickly restart our launch campaign and we are delighted to work with SpaceX today for our first-ever launch from Florida, the home where our satellites are manufactured. As we look to our final ‘Three to Global Reality’ launches in the first half of 2023, we are thrilled to see our connectivity footprint dramatically expand from today, and to soon activate our network globally to reach remote and under-served areas of the world.”

SpaceX successfully landed its Falcon 9 booster following what was a textbook launch.