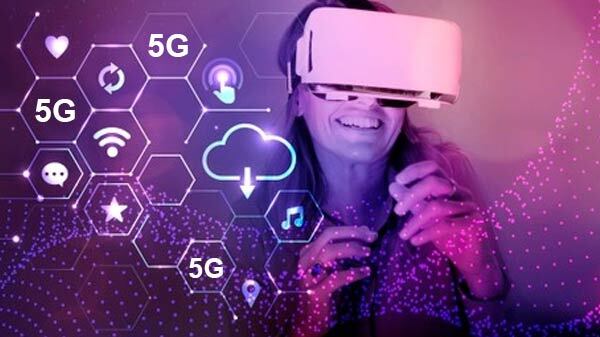 SK Telecom (SKT) and NTT Docomo, the leading mobile operators respectively in South Korea and Japan, recently signed a Memorandum of Understanding to team up on several aspects of their respective businesses, most notably on metaverse-related developments. Their collaboration could go as far as merging their two metaverses in the future (Ifland for SKT and XR World for NTT Docomo), whether industry, company, or recreational-oriented, notes Dataxis.

An essential part of Web3 along with blockchain, NFTs and cryptocurrencies, metaverse has been a highly debated topic for over a year. Whether a buzzword or not, tech giants are pouring tremendous amounts of money into it rports Dataxis, spearheaded by Meta, whose $3 billion investment in Q1 2022 hasn’t borne fruit yet. Although such investments are not surprising coming from tech giants or companies operating in the gaming and the entertainment industry such as Bandai Namco (Pac-Man franchise holder, Shônen Jump licence rights holder), which unveiled its Gundam metaverse project in March this year, one may wonder what role telecommunications operators are to play in this field, as they are increasingly investing and partnering with each other to enter this business.

The growth observed in East Asian telecom operators’ revenues has been decreasing in recent years following the rise of competition and progressive market saturation.. Through bundling their connectivity services with content offers, they have sought to grow ARPU, engagement and to tighten direct link to customers while driving churn rates down. Therefore, opportunities to take part in the metaverse can be seen as a natural continuation of their involvement in video services provision and positioning as gateways for content. Since East Asian markets spearhead the mobile networks’ upgrade to 5G, metaverse related initiatives there may pave the path for operators globally.

So far, estimates of its future market size have been quite uncertain, but too huge to be ignored says Dataxis. Telecommunications operators cannot remain indifferent to forecasts amounting to $8 trillion for the sole Chinese virtual market (Morgan Stanley), or $13 trillion for the global metaverse market, gathering 5 billion users in 2030 (Citibank). Consequently, they are incentivised to invest even without a clear position in the value chain, simply to avoid being excluded from it by tech giants. So far, connectivity and content aggregation have been the key areas of focus for them, being the closer realms to their core business.

Against this backdrop, initiatives proliferate, notably thanks to proactive authorities and a favorable macroeconomic environment. In China, where the digital RMB has been the strategic contender to US dollar hegemony, the metaverse is a potential major gateway to extend its use to other countries, even more since the government banned private cryptocurrencies in 2021. As Chinese consumers widely use digital payment and are used to the fan-tipping culture, mobile operators are in a desirable position to cash in on this bull market.

Korea and Taiwan do not enjoy as huge a market size, but they benefit from a highly receptive customer base, which may grant them way higher take-up rates than their counterparts abroad. Furthermore, the Korean ICT Ministry has established a metaverse alliance including SKT, KT and Samsung among others in May 2021. In comparison, Japanese state support lags behind, as PM Fumio Kishida, who created the Digital Agency of Japan in September 2021, rather fosters Web3 deployment as a whole. That being said, KDDI has been operating the Shibuya metaverse in partnership with the local authorities since May 2020 and NTT Docomo, which invests a lot in the metaverse, belongs to NTT, which is held one-third by the Japanese government.

Pushed by public authorities, operators have already conducted some projects to try and secure a vantage point in the value chain, which can be broken down into four layers: access technologies (VR/AR hardware), applications, technology supporting platforms (e.g world engines, AI), and technology infrastructures. The latter layer is the closer one to the core business of telecommunications operators. On top of the expected rise of demand for connectivity services, in particular regarding low latency, the metaverse will require tremendous computing power, which operators could partially operate alongside cloud infrastructures providers. Additional edge data centers will be required, hence China Unicom’s infrastructure plan to support computing power enhancement, and China Telecom’s cloud network integration project.

Beyond connectivity, operators have already started entering the third layer, whether through investments or in-house developments. The ultimate example is that of SKT’s unit T Universe and its metaverse platform Ifland, launched in July 2021. It recently expanded to 49 countries and already gathers 3.6 million MAU, 12 times what Meta reports for its Horizon Worlds platform. Ifland features XR experiences offered by SKT partners, which are compiled in subscription plans managed by SKT. Therefore SKT is the XR aggregator and curator, a role telecommunications operators are already familiar with. In contrast, SoftBank has adopted a different strategy and been increasingly investing in metaverse-related companies for the last two years. Investments include participation in fund raisings of companies worth $245 million in 2021 (such as the animation platform DNA Block in September, metaverse platform Zepeto and sandbox game The Sandbox in November) and $330 million in 2022 (to fund the avatar creating company Soul Machines in February, metaverse technology and infrastructure startups Improbable and Xmov in April for instance). This way, SoftBank placed eggs in several baskets and ensured to be a metaverse enabler in the future, no matter who the main players will be.

Some operators like NTT Docomo have even stepped into the access layer through investments in the growing market of AR and VR devices. In addition to developing its own digital space (XR World) in March and investing $412 million to launch Qonoq, a division specifically in charge of operating it, the Japanese leading mobile operator aims at capturing some value on the hardware side. Both through Qonoq and its recent investment in Hikky ($57 million), the startup which operates Vket and which also internally produces its own hardware devices, NTT Docomo has started to secure a vantage point to guarantee future revenue streams. Therefore, it got closer to becoming the future hub where all stakeholders meet: technology providers, XR experience providers, consumers, regulators.

To become such hubs however, operators need to achieve massive scale, which requires substantial investing power. This is one of the reasons why so many collaborations have arisen. In November 2021, the China Mobile and Communications Association (CMCA), which is responsible for establishing the norms in the mobile communications industry, founded the Metaverse Industry Committee to expand its coverage to the metaverse and to study its potentialities. Meanwhile, individual initiatives are only possible for tier 1 operators: China Telecom has a dedicated subsidiary in charge of the metaverse business (Best Tone), and China Mobile’s Migu just launched a metaverse-based livestream for the FIFA World Cup, after the release of a first digital twin product earlier this year.

Under pressure from both public initiatives and tech giants, telecommunications operators are pushed to act rapidly to take part in the metaverse co-creation process. The high uncertainty and the size of investments required force rivals to collaborate, and most of their initiatives are too recent to have borne fruit. Despite less investing power than tech giants, operators have started moving to leverage their competitive advantages. Beyond deep customer understanding and their long-established direct link to them, operators benefit from a strong brand image which gives them a head start on tech giants to get consumer trust, notably regarding data privacy and cybersecurity issues. That may explain why Meta has teamed up with Verizon and Telefonica to develop their own metaverse.

Dataxis conckudes that the question is whether similar partnerships between tech giants and operators will become the norm in East Asia, where the latter prefer partnerships either with each other or with smaller tech players, as exemplified by the launch of metaverse Xland by Taiwanese operator Asia Pacific Telecom in partnership with XRSpace.