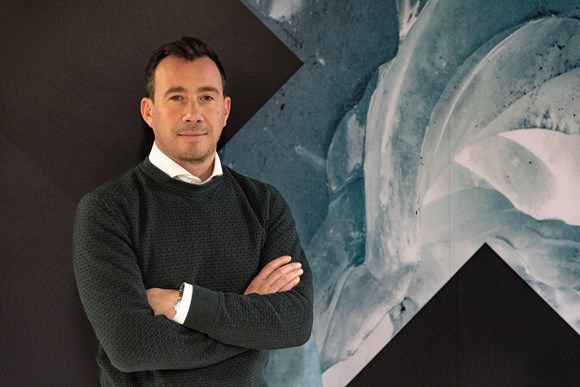 Extreme E, the electric racing series which has just completed its second season, has appointed David Gillett joining as Head of Media Rights.
Gillett previously worked at Formula One Management from 2006 where he spent 11 years working in the media rights team. He then moved to Pitch International and worked on behalf of Mercedes-AMG Petronas Formula One Team. Most recently a three-year stint at IMG, looking after the FIA World Rallycross rights, introduced Gillett to the off-road racing world. In his new role with Extreme E, Gillett will be responsible for negotiating and maintaining current broadcasters as well as delivering new partnerships – the end goal being to increase television coverage of the Championship and boost its global fan-base.  Gillett said: “Extreme E has created a unique and thrilling motorsport package, which is like Mad Max meets Blue Planet. The only series which features the top male and female off-roaders going head to head in the same format; remote locations which provide a stunning backdrop to short, sharp wheel-to-wheel racing which goes right to the line; all wrapped up with hugely positive purpose – a race for the planet which raises awareness for e-mobility and climate issues. Our TV coverage is crucial in giving fans a front row seat to the action, as they can’t join in person for races. As a lifelong motorsport fan, I could not ask for a better opportunity than to be part of the team which gets to make this groundbreaking new motorsport as accessible as possible for everybody to watch, wherever they live in the world, and help it grow its audience base. I can’t wait to get stuck in.”

Ali Russell, Chief Marketing Officer at Extreme E, added: “David Gillett is hugely talented, and I am delighted that he has joined us at Extreme E. We have an impressive team here which is vastly experienced across all forms of motorsport, and beyond. We are all passionate about creating a motorsport which has real purpose and are certainly enjoying the journey as we continue to explore new ways to make this unique series famous.”

Extreme E’s Season 3 kicks off in NEOM, Saudi Arabia on March 11th 2023 before heading to Scotland, Sardinia, with Round 4 taking place either in the Amazon or the US, and rounding off their season finale in Chile.