As Disney+ prepares to launch Star, and with it a slew of more adult-orientated content, the platform has enlisted Stewie Griffin of Family Guy fame and The Mandalorian actor Pedro Pascal to help spread the information around the new parental controls services available.

To make sure Disney+ remains suitable for audiences of all ages, the new parental controls will include the ability to set limits on access to content for specific profiles based on content age ratings and the ability to add a PIN to lock profiles with access to mature content.

The videos fronted by Stewie and Pascal are being distributed on Disney+ UK’s various social media channels. 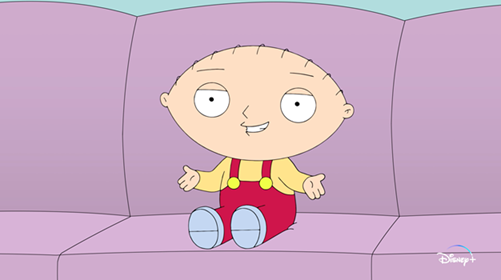 “In my role as The Mandalorian, I know how important it is to protect our little ones. And now, with Star bringing new TV series and movies to Disney+, new parental controls mean you don’t have to act like the greatest bounty hunter in the galaxy to keep little ones from shows you love,” said Pedro Pascal

“Disney+ now has stuff for just grown-ups but don’t worry, there are parental controls so your children won’t have to hear Peter say words like tigglies and bums, ” commented Stewie, allegedly.

Family Guy seasons 1 to 18 are among the content that will be available via Star on Disney+ from February 23rd, along with some 75 TV series and over 280 movies.