BT Sport is launching a beta of its new ‘timeline’ feature on its app for TV screens in time for this week’s UEFA Europa League and UEFA Champions League finals. While viewers have been able to use the timeline feature on mobiles and tablets for several seasons as part of the app’s enhanced player, this is the first time that they will be able to enjoy the enhanced viewing experience on large screens.

The feature allows customers watching on TV via the app to access an interactive timeline for each match to keep abreast of key moments and incidents. It enables viewers to rewatch key moments and move seamlessly back to the live action. The intention is to roll out the feature in full next season, around tournaments including the Champions League and the Premier League. 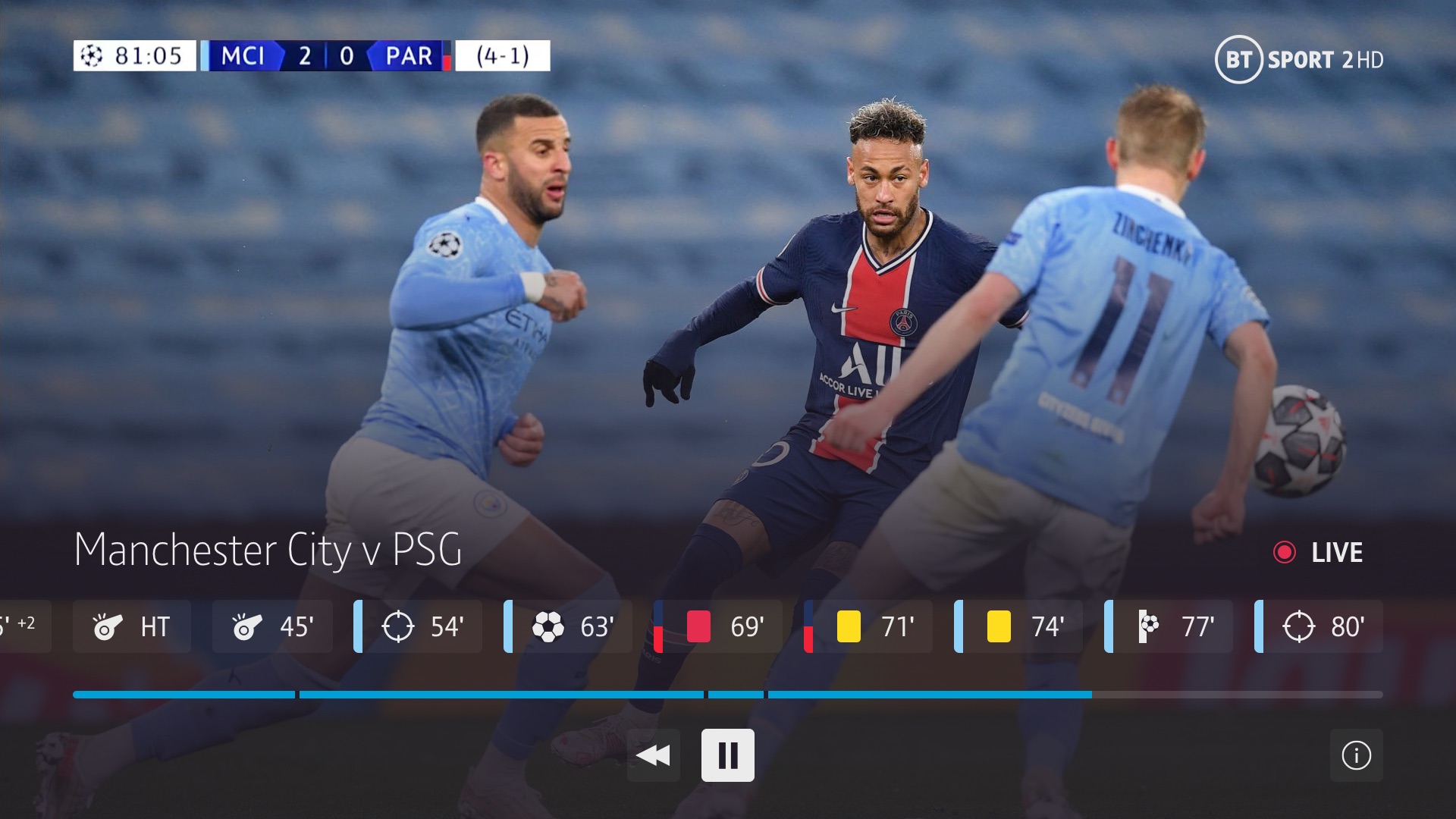 Meanwhile, BT Sport has announced its app is now available on Netgem. Customers can access the app for large screens on the Netgem 4K and Netgem HD TV boxes, plus Netgem soundbox HD. BT Sport will join an array of HD and 4K content available via the Netgem platform including Freeview Play, Prime Video, Youtube and BritBox.

Jamie Hindhaugh, chief operating officer, BT Sport, said: “BT Sport is proud to have continually broken new ground in how fans can watch live sport in recent years and today’s launches are the first to come from BT Sport Innovates, our new home of innovation. We’re excited that fans can sample the timeline, a new way of viewing sport on TV, ahead of its launch next season. And in joining Netgem’s platform we’re continuing to make it even easier for fans to follow the sport they love.”