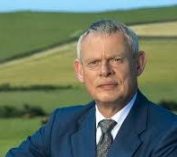 Virgin Media O2 is launching an interactive online map revealing the iconic locations featured in many of the UK’s most popular TV shows.

The new online tool, TV Mapper, allows users to search by show, genre or region; plan the ultimate fan route; and follow in the footsteps of their favourite characters, virtually or in person.

From the infamous Diddly Squat Farm that is the centre of reality show Clarkson’s Farm through to the secret subway meeting point featured in Line of Duty, TV Mapper uncovers instantly recognisable locations from more than 50 hit UK shows, including cult classics and modern boxsets.

This comes as new research shows a rise in ‘TV tourism’ with more than half (56 per cent) of Brits visiting UK destinations after seeing them on screen, and nearly a quarter (21 per cent) enjoying a TV-inspired staycation in the past year.

As the nation tuned in to more TV than ever throughout lockdown, it was Bridgerton that intrigued viewers the most, with the Netflix sensation topping the list of the most searched for TV filming location. The findings, which are based on Google search data uncovered by Virgin Media O2, also show a 174 per cent uplift in searches for ‘staycation’ in the last year alone, as Brits look for UK holiday ideas while navigating travel restrictions.

David Bouchier, Chief Digital Entertainment Officer at Virgin Media O2, said: “TV became a lifeline in lockdown when we were only able to escape through our screens. Now things have opened up, we’re seeing a rise in TV tourism, as holidaymakers have been inspired by scenes of programmes set in the UK. With TV Mapper, we’re taking this to the next level by mapping iconic UK filming locations in one place, making it easy for TV fans to get closer to their favourite shows – whether that’s walking the grounds of Downton Abbey or exploring the Cornish coastline featured in Doc Martin.”

Malcolm Bell, Chief Executive at Visit Cornwall, added: “Cornwall is one of, if not the top, holiday destinations and TV imagery of our beautiful coast and countryside is our most powerful promotion channel. It is exciting to see that Truro, our great little city, has been chosen as the top TV staycation location in Virgin Media O2’s survey. Although we have two stunning coasts, the inland towns are often the best unknown, yet equally amazing, places to visit.”