DAZN, which already airs Extreme E’s events in Japan, will carry the live and on-demand streaming of the championship’s X Prix events as well as the magazine programme, preview and review shows – in English – to its rest of the world territories.

Ali Russell, Chief Marketing Officer at Extreme E said: “I am delighted to be bringing Extreme E to so many more territories through our extended partnership with DAZN. As a sport without spectators on site, it is vital for us to reach as many people as possible and the best way to do this is through a screen. As a premium OTT platform, DAZN is hugely valuable to us in developing a youth orientated audience which is an incredibly important market to our championship. We know that DAZN’s key audiences are particularly passionate about issues surrounding equality and the environment, both of which are key pillars of Extreme E. We look forward to bringing more thrilling action to DAZN, as well as the wider messages surrounding electrification, environment and equality.”

Tom Burrows, EVP Rights Strategy, DAZN, added: “This new agreement extends our successful partnership with Extreme E, a truly special motosport experience, to DAZN subscribers around the world. The continued focus around the environment and equality in sport is what sets Extreme E apart from other racing competitions and we are extremely proud to showcase these small steps towards big change on our platform.” 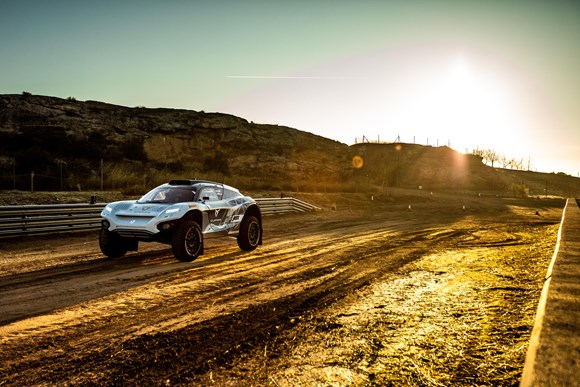 The inaugural X Prix – the Desert X Prix – took place in Saudi Arabia in April highlighting the effects of desertification, followed by the Ocean X Prix in Senegal at the end of May which focussed on ocean health and issues surrounding rising sea level and plastic pollution. Next stop is Kangerlussuaq in Greenland for the Arctic X Prix, which takes place on August 28th – 29th, and will highlight glacial retreat and how that impacts our planet, followed by the Island X Prix in Sardinia on October 23rd – 24th, with the fifth and final X Prix location of Season 1 to be confirmed.