Turner’s appointment  follows the successful global broadcast of the inaugural Collins Cup earlier this year, which Turner executive produced alongside host broadcaster, Film Nova. Modelled after golf’s Ryder Cup, The Collins Cup is a competition between USA, Europe and the Internationals. The new team event with its nationalistic intensity and scoreboard narrative points system has meant a complete re-format for the sport of triathlon.

Turner was central to how The Collins Cup was brought to life on screen, overseeing  the complex broadcast which was aired live and on-demand in over 165 countries and in over 20 languages. Turner alongside host broadcaster, Film Nova, succeeded in delivering a compelling appointment-to-view, live TV event appealing not only to fans of endurance sports, but also to the general sports enthusiast. 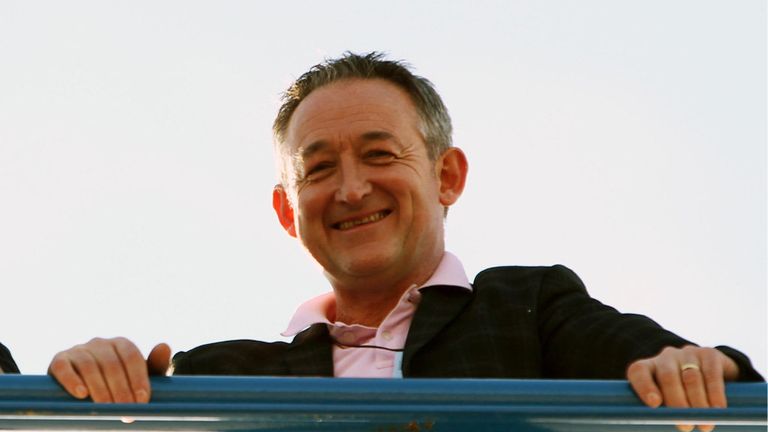 Turner won Sky Sports their first ever BAFTA for his coverage of England versus the All Blacks and in 2012 he created the world’s first dedicated Formula 1 Channel, Sky Sports F1. Turner was consequently awarded Formula 1 Broadcaster of the Year for two years in a row before becoming head of Sky Sports F1 coverage across all of Europe in 2015.

In his role, Turner will build on the broadcast foundation already laid with the success of both the PTO 2020 Championship and the 2021 Collins Cup for future PTO events, starting with the first PTO Pro-AM event at the Herbalife 24 Los Angeles Pro-AM Triathlon in May 2022.

Sam Renouf, Chief Executive Officer of the PTO, stated: “We are thrilled to have Martin join the team as Head of Broadcast, bringing his world class experience and global broadcast pedigree to the Sport of Triathlon. Martin has not only successfully delivered award winning broadcasts in globally recognised sports like Rugby and Formula 1, but has demonstrated his ability to drive innovative broadcast productions and compelling storytelling at both the PTO 2020 Championship and the inaugural Collins Cup.  We look forward to building on the success of both these events and delivering future broadcasts to showcase the personalities and talents of our amazing PTO Professionals to a global audience”.

Turner commented: “ After helping to deliver the first major PTO event, The Collins Cup, I am thrilled to join forces with the PTO as Head of Broadcast. It is a rare opportunity to be involved with an amazing sport on day one of what will be a thrilling journey. TrIathlon is a sport which has bags of TV potential with so many fans engaged in it as well as the fans of the individual disciplines of swimming, cycling and running. During my 30 years at Sky Sports I was privileged to work in a truly inspirational company packed with innovative leaders committed to producing ground breaking sports coverage. Sky has always had a  ‘can do’ ethos  and I hope to be able to bring some of that knowledge and experience and help PTO realise its ambitions. Successful sports coverage is often as much about format as the sport itself and PTO has established an incredible team from the spheres of technology, marketing, digital and broadcast so I feel honoured to be welcomed into the team”.