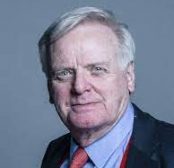 Veteran TV executive Lord (Michael) Grade, a former chief executive of Channel 4, is reported to be considering a bid for the UK public service broadcaster, which has effectively been put up for sale by the government. He has also served as chairman of the BBC and executive chairman of ITV.

Grade is chairman of communications collective Miroma, founded by media entrepreneur Marc Boyan, which is said to be looking at the prospects for acquiring Channel 4 with bankers at Rothschild.