Prime Video has announced a multimillion-pound long-term contract with Shepperton Studios for exclusive use of new production facilities at the Surrey studios for future original TV series and movie productions.

“We are delighted to be partnering with Pinewood Group as we continue to support, develop and invest in the world-leading UK creative industries,” said Jennifer Salke, head of Amazon Studios. “Shepperton has long been synonymous with top-tier television and movies and we’re proud that it will be home to many Prime Video original productions in the years to come.”

“As we continue to grow the number of original series we’re making in the UK, it is critical that these productions support and develop a diverse pipeline of talent,” added Dan Grabiner, head of UK Originals, Amazon Studios. “We’re excited to be collaborating with Pinewood Group and our production partners to create new opportunities for UK creatives.” 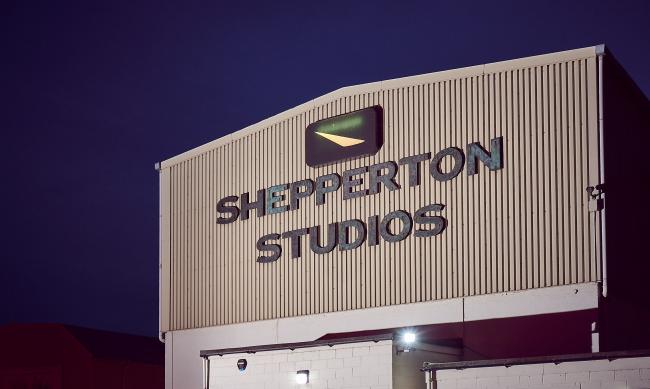 “We’re delighted to be welcoming Prime Video to our expanded Shepperton Studios,” said Paul Golding, chairman, Pinewood Group. “This landmark long-term commitment to Shepperton supports our considerable investment in this fantastic studio. Once construction is completed in 2023, Shepperton Studios will comprise 31 purpose-built stages, making it the second-biggest studio in the world.”

“We’ve supported our world-leading cultural and creative sector throughout the pandemic and will continue to do so as it bounces back,” said Chancellor of the Exchequer Rishi Sunak. “It’s fantastic to see Prime Video expanding its UK presence and giving yet another boost to our rebounding economy. The investment will drive growth and create jobs with thousands of opportunities for the producers, actors and directors of tomorrow.”

“The UK’s film and production industry is rightly recognised as among the best in the world,” said Culture Secretary Nadine Dorries. “This multimillion-pound investment by Prime Video is a huge vote of confidence in the strength of our infrastructure and workforce and I hope encourages other firms to follow. I look forward to seeing all the fantastic film and TV created in this state-of-the-art facility in the years to come.”

Amazon Studios says its long-term commitment to studio space at Shepperton Studios aligns with its strategy of expanding its production footprint in the UK. The first UK-produced series, The Grand Tour, was launched on Prime Video in 2016; it was followed by All or Nothing sports documentaries featuring Manchester City and Tottenham Hotspur. Subsequent unscripted series launched regularly, such as Clarkson’s Farm in the summer of 2021. Good Omens, the first UK-produced scripted original series, debuted on Prime Video in 2019; as a result of increased production, 2022 and 2023 will see the largest number of UK original series launching to date. These include The Devil’s Hour, a six-part thriller produced by Hartswood Films starring Jessica Raine and Peter Capaldi; Jungle, a music drama series from first-time TV producers Nothing Lost; The Rig, Wild Mercury’s six-part thriller series starring Martin Compston and Emily Hampshire; and Mammals, a six-part comedy-drama written by Jez Butterworth and starring James Corden and Sally Hawkins.

Many of Amazon Studios’ major global series already call the UK home such as Citadel and The Power – with filming currently underway in Scotland on Anansi Boys and Good Omens Season Two. And in 2021, Amazon Studios announced its forthcoming Lord of the Rings series, The Rings of Power, will film Season Two in the UK. Amazon Studios has also signed overall deals with British creators including Neil Gaiman, Phoebe Waller-Bridge and Sir Steve McQueen.