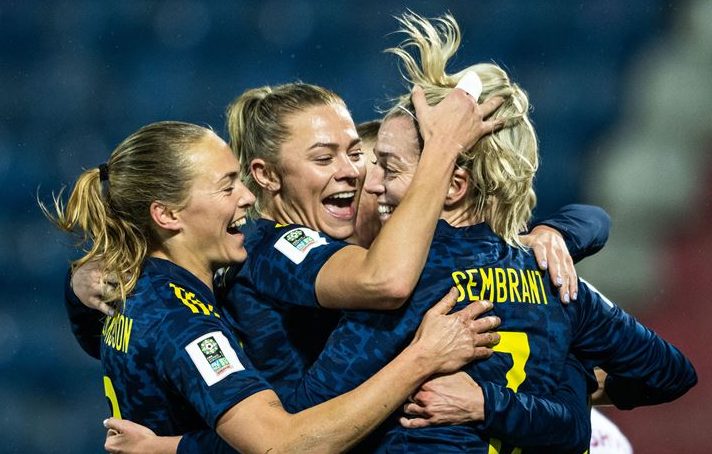 Viaplay and the Swedish Football Association (SvFF) have agreed a four-year partnership that makes Viaplay the exclusive home of a wide range of popular football rights in Sweden.

From 2025, Viaplay will show approximately 800 live matches spanning the women’s national team, the men’s and women’s Swedish Cup, and national youth teams and national futsal teams for both women and men.

Viaplay recently kicked off its coverage of OBOS Damallsvenskan, Sweden’s top women’s football league, and will stream at least 60 matches of Sweden’s men’s national team from this autumn as well as the FIFA Women’s World Cup 2023.

The agreement includes all Sweden’s qualifiers for the UEFA Women’s Euro and FIFA Women’s World Cup, along with international friendly matches. Fans can also enjoy each round of the men’s and women’s Swedish Cup; all matches played by the women’s U-23, U-19 and U-17 and men’s U-21, U-19 and U-17 national sides; and all Sweden’s qualifiers for the FIFA Futsal World Cup, UEFA Futsal Euro and UEFA Women’s Futsal Euro and international friendly futsal matches.

Anders Jensen, NENT Group President and CEO. commented: “Viaplay is now the home of Swedish national team football. Fans can follow both the successful women’s side and the new generation of men’s super-talents on our world-class streaming platform. The Swedish Cup – 7 different winners in the past 10 men’s editions – adds many exciting games with the country’s biggest clubs. This is a fantastic complement to our international rights portfolio, and we’re excited to work with SvFF to bring Sweden closer to its favourite stars.”

Håkan Sjöstrand, SvFF General Secretary, added: “We are very happy to reach this agreement with Viaplay, which strongly confirms the increasing interest in our women’s national team – and of course in women’s football in general. We see great advantages and opportunities in gathering all coverage of our national teams, and the Swedish Cup, on such a distinguished platform as Viaplay – which will be the case from 2025 and onwards.”