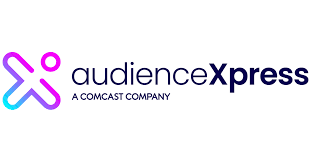 The study explored UK marketers’ perspective over the next 12 months, highlighting a cautious approach to marketing spend in light of the current economic climate. It also uncovered that confidence remains strong in advanced TV channels such as VoD, Connected TV (CTV), OTT and addressable linear TV.

The EU5 Markets Survey 2022 found that while advertisers and agencies align on their overall top marketing objective of acquiring new customers, they diverge on other priorities and have different perspectives on how advanced TV can capture greater spend.

The UK market appears to be particularly sensitive to current economic uncertainty compared to the other EU5 markets surveyed (Germany, France, Italy, Spain), as UK respondents show caution around boosting overall marketing investments. Most will not ‘go dark’ in the year ahead, however, with 53 per cent planning to at least sustain current levels of spend or even increase it.

Customer acquisition is marketers’ overall top priority for the year

Budgets will likely be used to drive customer acquisition, which is now the top marketing priority for 43 per cent of UK respondents by a notable margin of 13 per cent. The second most important priority for UK advertisers is growing revenue, according to 38 per cent of survey participants. For UK agencies it is customer retention (34 per cent).

In line with the upper-funnel priorities, 45 per cent regard reach as the number one driver for marketing success. While advertisers rate targeting as the second most important driver (26 per cent), agencies place importance on media channel selection (32 per cent) and tailoring creative (30 per cent).

Optimism for advanced TV is on the rise as 2023 approaches

Confidence in advanced TV channels appears to be accelerating in the UK market, as 70 per cent of respondents expect to increase their advanced TV budgets in the next 12 months. In comparison, the previous survey conducted in 2021, found that 60 per cent of participants were planning to boost investment in the channels. Present satisfaction levels with advanced TV spend also point towards growth, as 42 per cent of UK marketers surveyed would like to see their organisation invest more in these channels.

The sophisticated audience targeting methods that advanced TV offers is considered the top driver of spend (28 per cent), followed by the ability to connect with viewers across screens (25 per cent).

When it comes to defining which factors are inhibiting spend, advertisers and agencies diverge. For the UK advertisers surveyed, lack of awareness around advanced TV is the biggest barrier to unlocking further growth (44 per cent), but the UK agencies who took part in the study are less than half as likely to hold this opinion (20 per cent). Instead, 30 per cent of UK agencies rank clients’ lack of willingness to experiment with Advanced TV channels as the most significant inhibitor to spend.

Advanced TV channels such as AVoD and free ad-supported streaming TV services (FASTs) will attract higher levels of spend in the year ahead, believe 88 per cent of UK marketers surveyed. According to 20 per cent of respondents, these increases in spend will most likely be sourced from a combination of budgets.

“Optimism for AVoD and FASTs among UK marketers closely reflects the collective enthusiasm of the EU5 markets, with on average almost nine in ten survey respondents planning to increase their levels of spend in these channels,” commented Stefanie Briec, Director, Head of Demand Sales UK & International AudienceXpress at FreeWheel. “Continuing to meet marketers’ demand for advanced technological capabilities, such as data-driven and audience-based targeting, will drive additional growth. These findings also highlight the importance of raising awareness, as well as the need to quantify advanced TV’s performance and prove the value of adopting these impactful channels.”