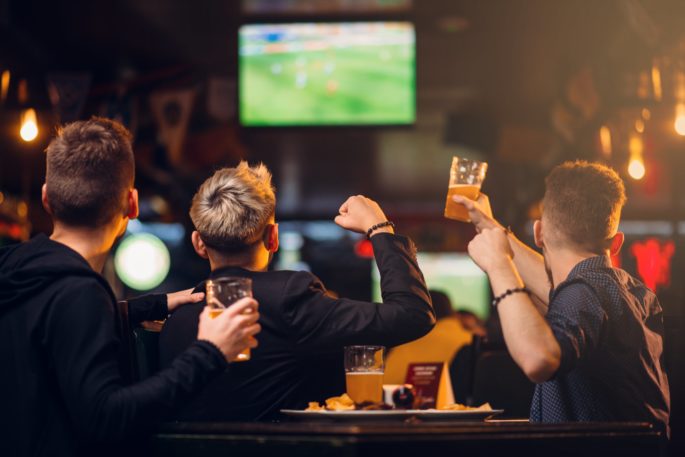 Ahead of England’s World Cup quarter-final match against France on December 10th, a study has revealed the optimum screen size to watch the game on, as voted for by some of the nation’s biggest football fans.

The data uncovered in AO.com’s Football Consumption Report in partnership with LG shows that, when it comes to the beautiful game, size really does matter.

Nearly a third (32 per cent) of British football fans have even admitted that they would forgo their local pub showing a match if the size of the screen wasn’t up to scratch.

This figure only increases with the younger generation, with over half of 18–34-year-olds admitting that they would walk right out if they needed to strain their eyes to watch the match.

Almost a quarter (24 per cent) planned to upgrade their home entertainment systems in time for the World Cup. If a new TV isn’t an option, almost a third (30 per cent) of Brits have planned to head to a friend’s house who has a larger screen.

There is no limit to Brits’ ability to plan ahead when it comes to major international football tournaments as over a quarter (28 per cent) have already laid claim to the biggest and best TV in the house, whilst 9 per cent of households are having to implement a TV rota during the World Cup to ensure fair access to the TV screen.