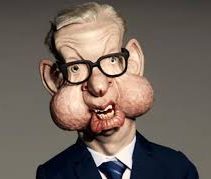 BritBox has ordered a second season of Spitting Image that will air in autumn 2021.

The satirical puppet show returned to UK screens on October 3rd as the first BritBox original, and received critical acclaim; new subscribers for BritBox increased ten-fold compared to the average daily rate for the BBC and ITV created streaming platform.

As well as being a hit on BritBox, global social media stats over two weeks around launch shows Spitting Image official content has reached over 30 million people, with seven and a half million views of content across official social media channels and four million organic views of the official trailer.

Reemah Sakaan, Group Director ITV SVOD and Chief Creative & Brand Officer BritBox said: “The fantastic response to Spitting Image just goes to show how much the world needs public service satire. Not only can subscribers look forward to another 9 weeks of anarchy but also now another series in 2021.”

Jon Thoday, Executive Producer at Avalon, added: “We’re all very excited to be able to serve up more Spitting Image for BritBox.”