Data published before England’s semi-final win over Denmark on July 7th reveals Gareth Southgate has won over England fans after being the target of a lot of pre-tournament criticism.

The England manager has been a resounding success in charge of the national team, following up a World Cup semi-final in 2018 with another at Euro 2020, but he hasn’t been universally popular during his reign.

Research from sports data providers Sportmonks in Football Popularity Rankings shows how the public attitude to Southgate has changed in the past week when compared to the seven days leading into the tournament.

Through analysis of articles and content about the England manager and public reaction to it all, Sportmonks has built a media profile based on current stories and compared to before the Euros to see how his popularity has changed as a result of positive results.

Despite facing criticism for formations and selections perceived to be overly defensive and conservative, Southgate appears to have won over the fans with an overwhelmingly positive reaction following the win over Ukraine in the quarter-finals. 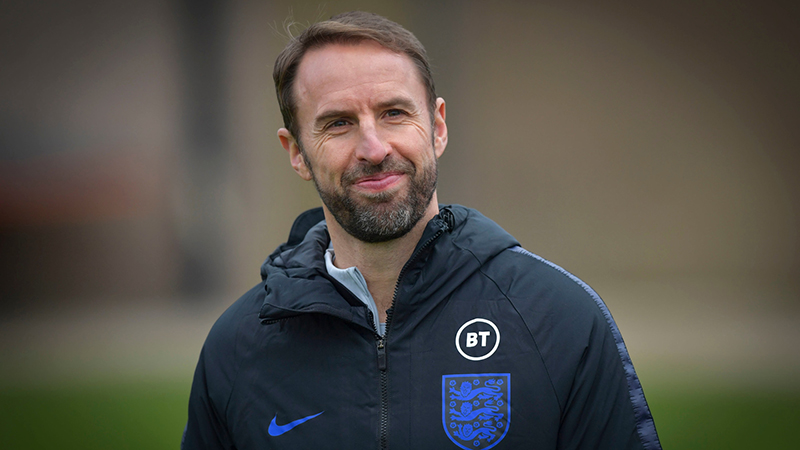 Such has been the impact of the results that he has seen a 79 per cent rise in ‘love’ reactions to articles written about him, with 52 per cent of all reactions eliciting that response now compared to just 29 per cent before the tournament such is his popularity at the moment. Most notably, there has been a huge drop in angry reactions in the last seven days.

Prior to the tournament, such was the negative sentiment around Southgate that there has now been a 90 per cent drop in angry reactions to articles on him, with 22 per cent of all reactions prior to the Croatia game negative, compared to just 2 per cent now.

Analysis of social media platform Twitter, comprising the assigning of a sentiment score to each and every tweet about England’s squad members, and highlighting any pick-ups or drop-offs in volume, enabled Sportmonks to compile a player ranking table based on popularity.

Kalvin Phillips has been the most popular player on Twitter through the tournament after cementing himself in the England midfield, but it is Luke Shaw – with his two assists – who was the most popular player in the 24 hours following the quarter-final. He is followed in the rankings by Raheem Sterling, Jadon Sancho, Harry Kane and Harry Maguire, all of whom played a starring role in the 4-0 win.