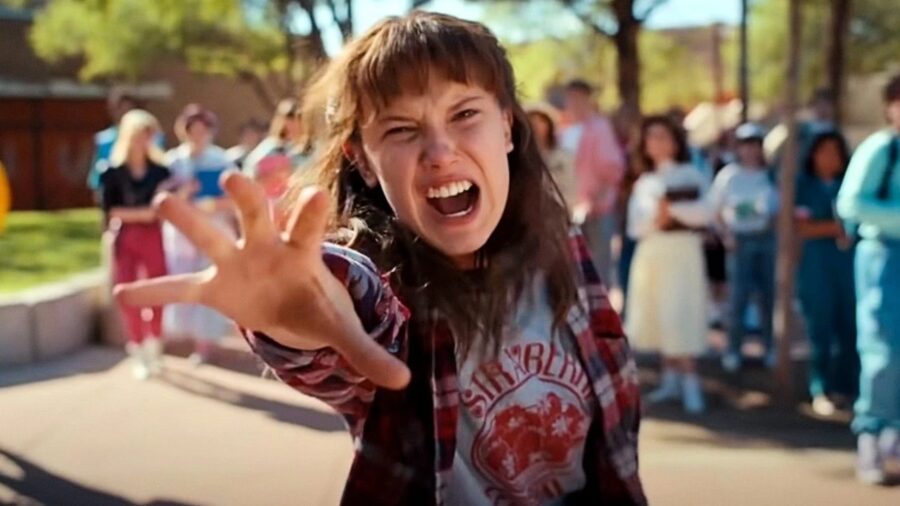 “After a challenging first half, we believe we’re on a path to reaccelerate growth,” it said in its Letter to Shareholders. “The key is pleasing members. It’s why we’ve always focused on winning the competition for viewing every day. When our series and movies excite our members, they tell their friends, and then more people watch, join and stay with us.”

Netflix also revealed that it would no longer share projected subscriber targets in upcoming earnings reports. It will not provide guidance for the subsequent quarter (Q1 of 2023). “As discussed in previous letters, we are increasingly focused on revenue as our primary top line metric,” it said. “This will become particularly important heading into 2023 as we develop new revenue streams like advertising and paid sharing, where membership is just one component of our revenue growth. So, starting with our Q4’22 letter in January of 2023, we’ll continue to provide guidance for revenue, operating income, operating margin, net income, EPS and fully diluted shares outstanding for the following quarter, but not paid membership. Similar to our regional membership disclosure, we’ll continue to report our global and regional membership each quarter as part of our earnings release.”

Noting that it was coming up to the one-year anniversary of its gaming launch, Netflix said it was focused in the next few years on creating hit games that will take the initiative to the next level. “More generally, we see a big opportunity around content that crosses between TV or film and games. For example, after the launch of the anime Cyberpunk: Edgerunners (49 million hours viewed) in Q3, use of CD Projekt’s game surged on PCs,” it revealed.

Netflix said it had landed on a “thoughtful” approach to monetise account sharing and would begin rolling this out more broadly starting in early 2023. “After listening to consumer feedback, we are going to offer the ability for borrowers to transfer their Netflix profile into their own account, and for sharers to manage their devices more easily and to create sub-accounts (‘extra member’), if they want to pay for family or friends. In countries with our lower-priced ad-supported plan, we expect the profile transfer option for borrowers to be especially popular,” it added.

“As long as streaming services were growing steadily, password sharing was perceived as either a positive marketing tool or a minor nuisance you can live with,” noted Nitsan Baider, director of product management at Synamedia. “The economics has now changed. Streaming to 100 million subs is costly and doing it for free is no longer acceptable. That’s why we are helping streaming providers with tools that track sharing and automate actions to avoid losses, without troubling honest users.”

“Netflix’s latest results break the narrative of a subscriber slump and market saturation, thanks in part to the popularity of hit series like Stranger Things (pictured), The Sandman, and Monster: The Jeffrey Dahmer Story,” commented Francesca Gregory, Thematic Intelligence Analyst at data and analytics company GlobalData. “The company also reported room for revenue growth in its core markets. This is backed up by GlobalData forecasts, which estimate compound annual growth rates (CAGRs) of 7 per cent in the US, 9 per cent in the UK, and 7 per cent in Canada for the subscription video on demand (SVoD) market between 2022 and 2026.”

“However, beneath the carefully crafted optimism, a tough streaming winter lies ahead. Netflix has fiercely defended its binge-watching model, but this quarter’s subscriber numbers were buoyed by the release of Stranger Things in two parts (across Q2 and Q3), which fuelled suspense. As streamers feel the bite of a cost-of-living crisis, the platform can expect volatile churn rates as viewers pay for fewer subscriptions and switch when it suits them. Although the company’s ad-supported tier will go some way to help it retain subscribers, it may not be enough, as a shift towards non-premium content takes place.”

“Despite its largely positive earnings, Netflix is still looking over its shoulder at its streaming war rivals. Amid the positivity of its earnings, the company also announced that it would not be sharing subscriber growth forecasts from Q1 2023. This is a bid to change the metrics of streaming success towards revenues while Disney and Amazon overspend to get subscribers in the door. Clearly, the platform is coming to terms with dwindling subscriber growth in its key markets and the rapid growth of its competitors.”

“Only a year ago Netflix was still adamant that it would not be introducing ads, and so the announcement that a new ad tier will be coming on to the service reflects the difficult market conditions the brand is facing,” suggests Kim Chua, Partner, OC&C Strategy Consultants: For a company reliant on a story of continued growth, it faced increasing competition from studios pivoting to D2C, topping out of subscriber growth in developed markets and a limit on the ability to pay in developing markets.”

“Netflix will be hoping that the cheaper ad-supported tier will combat price-related subscriber churn and attract new price-sensitive customers – including those who may previously have been ‘sharing’ subscriptions, a practice Netflix is keen to crack down on.”

“Ads will be constrained to those who opt for an ad tier and so high reach is unlikely to be Netflix’s USP to marketeers, with some estimates ranging from an audience of between two and five million in the UK. Netflix will be hoping its brand name and the promise of a younger audience will broker global advertising deals and spend commitments with media agencies. A strong positive is Netflix’s understanding of the importance of measurement, and the company has just announced that they will join the Broadcasters Audience Research Board (BARB), the UK’s industry-owned and trusted audience measurement system, which will mean Netflix’s viewing figures will be easily comparable to other broadcasters.”

“While Netflix is still facing a challenging market, it seems likely that introducing the ad tier will be financially lucrative for Netflix in the long-term. The business has shown it is willing to adapt and has a lot of leeway to adjust pricing if the initial high starting point does not generate sufficient buyer interest. After a long period of growth, the current environment presents the first major challenge facing the digital subscription industry, and many across the sector will be closely monitoring how consumers react to Netflix’s new tier.”