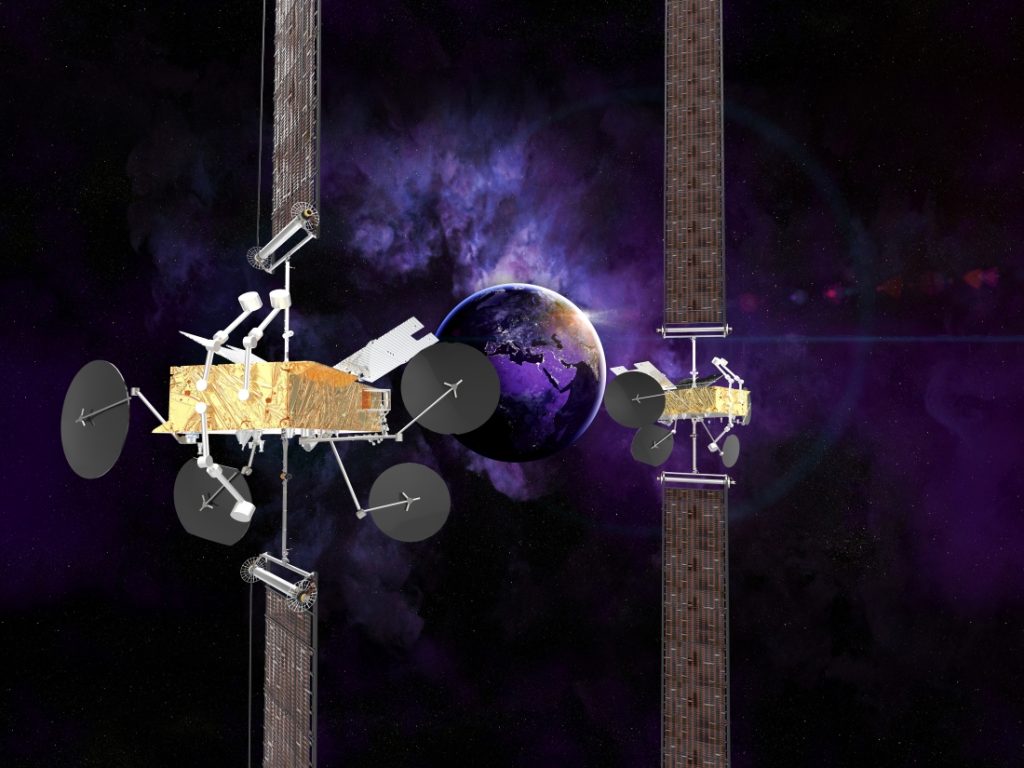 Intelsat has confirmed its launch plans for its Intelsat IS-41 and IS-44 satellites. Intelsat will use an Ariane 6 rocket to launch the pair of satellites in 2025.

Thales Alenia Space is building the satellites, which will have a combined weight of some 8,000 kgs.

“We are honoured, yet again, by our faithful long-time partner Intelsat with another significant contract,” said Stéphane Israël, CEO of Arianespace. “Intelsat is entrusting us with two highly sophisticated payloads for flight aboard our next generation heavy lift vehicle, the Ariane 64. What a tremendous vote of confidence in our team and our launcher! This special relationship goes back four decades and spans the entire Ariane line.”

“Launched with the Ariane 6, these innovative satellites will extend Intelsat’s 5G global reach and Media neighbourhoods with high-speed, dynamically-allocated connectivity across Africa, Europe, the Middle East and Asia for commercial and government mobility customers, as well as cellular network backhaul,” said David C Wajsgras, CEO of Intelsat. “Without world-class, international aerospace partners like Arianespace, Intelsat would not be the global leader it is today.”

They will all be part of Intelsat’s overall 5G strategy. Intelsat has said that with the addition of Intelsat 41 and Intelsat 44, in partnership with Thales Alenia Space, “Intelsat will blanket the earth with software-defined satellites, progressing the world’s first global 5G software-defined network, designed to unify the global telecoms ecosystem.”

The latest pair will serve and boost connectivity across Africa, Europe, the Middle East and Asia for commercial and government mobility services and cellular backhaul.