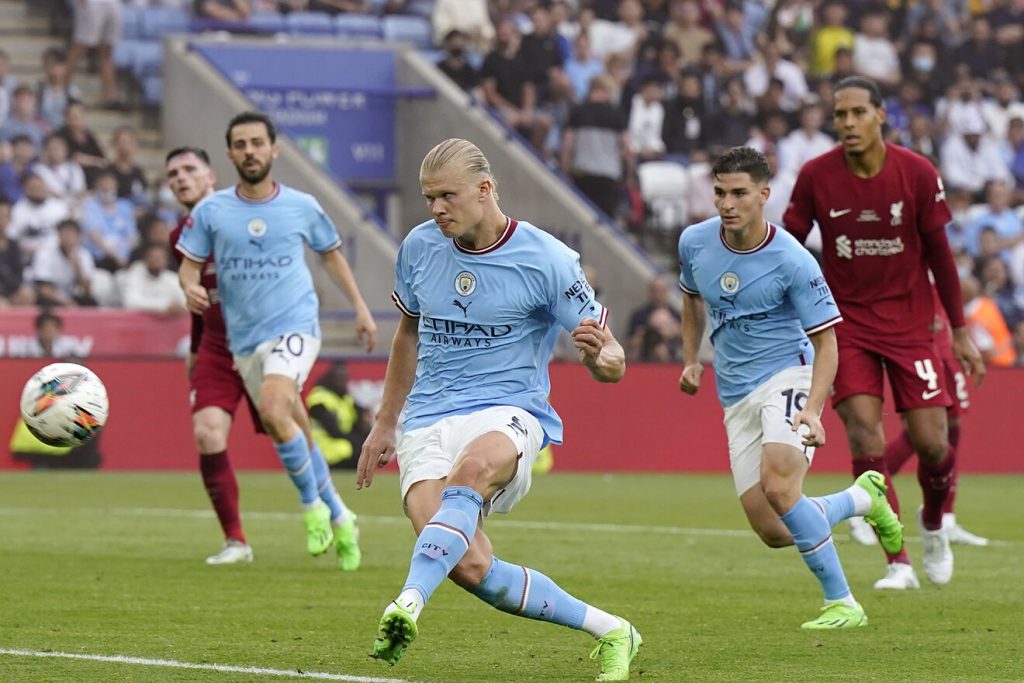 An exclusive feature interview with Manchester City and Norway’s superstar striker Erling Haaland will premiere on Viaplay on today [December 20th]. Having taken the Premier League by storm in his debut season, the 22-year-old Haaland meets Liverpool and Denmark legend Jan Mølby for an open conversation about life at the top of global sport and the English goalscoring charts. ‘Haaland Conquers England’ follows Viaplay’s hit documentary ‘Haaland – The Big Decision’, which made sports headlines across Europe this summer.

In the interview, Haaland and Mølby discuss the Norwegian’s remarkable first months at City, his relationship with manager Pep Guardiola and his teammates, as well as the records in Haaland’s sights. They talk about Haaland’s dreams of the FIFA World Cup and UEFA Champions League, and the comparisons to French star Kylian Mbappé. Finally, Haaland reflects on his rapid journey from a small town in Norway to becoming one of the world’s most famous players.

Haaland in the interview said: “It’s been good. I like the people and I like my life. The people who said I wasn’t going to fit in maybe said it to get some attention. You can’t care about what people say about you, because you can’t control it. I knew I was going to fit in at a team that scored over 100 goals the year before – with players like De Bruyne, Foden and all the others. I’m not surprised.”

Peter Nørrelund, Viaplay Group Chief Sports Officer, commented: “Nobody in football – especially Premier League defenders – will forget Erling Haaland’s start to his career in England. Viaplay has a unique partnership with City’s number nine that offers fans in nine markets access to this global superstar. Our latest collaboration is a compelling showcase for Viaplay’s sports journalism and a great way to warm up for the Premier League restart on 26 December.”

‘Haaland Conquers England’ will premiere at 7pm CET on Viaplay in Norway, Sweden, Denmark, Poland and the Netherlands and at 8pm EET in Finland, and in Estonia, Latvia and Lithuania on December 28th.

In August, Erling Haaland and Viaplay announced a long-term, multi-market partnership for the player to star in exclusive Viaplay content. Haaland is also a Viaplay ambassador in all European countries in which Viaplay holds rights to Premier League football.