Whip Media: The Last of Us most anticipated show of 2023 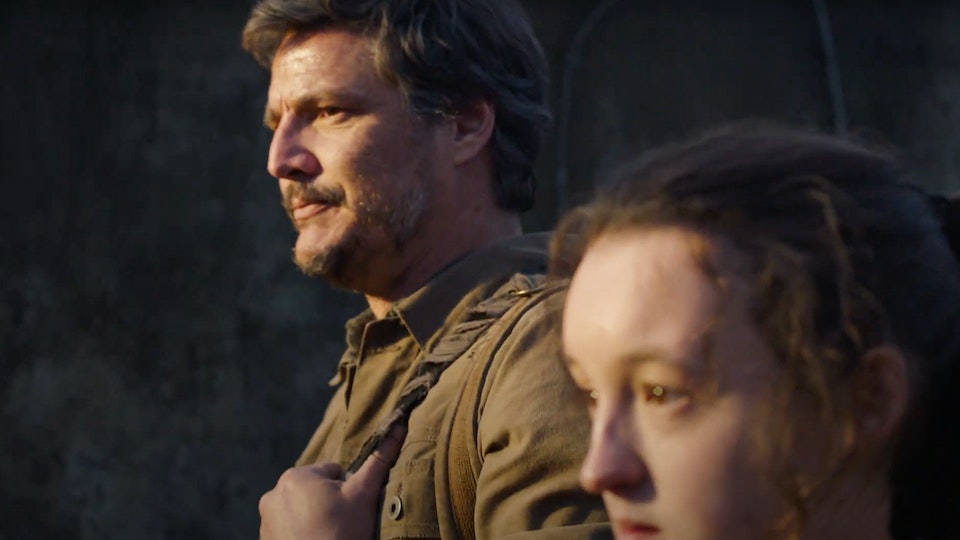 There are several reasons to believe The Last of Us – the new action-adventure series based on the popular video game of the same name – could be the next big hit for HBO, according to data shared by Whip Media.

The key point: The Last of Us is poised to have the second-strongest opening for an HBO series in more than two years, trailing only House of the Dragon, according to Whip Media’s anticipation data. On top of that, The Last of Us is the most anticipated new TV series of 2023, according to Whip Media’s data. That finding is based on users of Whip Media’s TV Time app, a TV and movie tracking app with more than 24 million global registered users, ‘following’ the series ahead of its January 15th US premiere (January 16th in the UK, via Sky).

That’s a great omen for HBO, considering Whip Media’s anticipation data accurately predicted Wednesday would have one of Netflix’s biggest debuts of the past three years. A similar run for The Last of Us would obviously give HBO executives reason to pop a bottle or two of champagne.

The new series is spearheaded by Chernobyl creator Craig Mazin and gaming director Neil Druckmann. As IMDb explains it, the show will focus on “Joel and Ellie, a pair connected through the harshness of the world they live in, [who] are forced to endure brutal circumstances and ruthless killers on a trek across post-pandemic America.” Sounds intriguing. Fans appear to be intrigued, too; heading into its premiere, The Last of Us is tracking ahead of other well-known shows based on video game IP. The chart below highlights how The Last of Us has a comfortable lead in terms of pre-launch followers compared to other gaming-based IP, like Halo on Paramount+ and Resident Evil on Netflix. 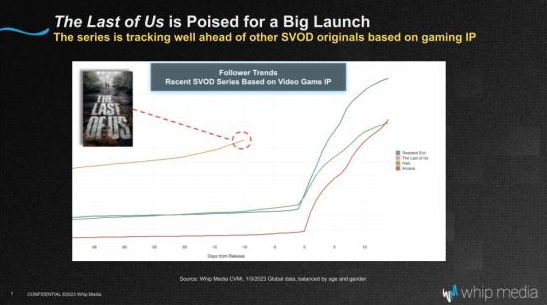 Based on these insights, HBO will likely have a big opening on its hands this weekend. And it comes at an ideal time for the network, too, with House of the Dragon and White Lotus both off the air, and Succession not returning until the spring.

As it battles Netflix, Disney+ and other streamers like Paramount+, which has had a strong run of late thanks to the likes of Tulsa King and Yellowstone, HBO needs to keep churning out compelling content to keep viewers watching their service and not their competitors. The Last of Us, according to the pre-launch data, has a great opportunity to be HBO’s next tentpole show.

Tags: HBO, Playstation, sky, The Last of Us, Whip Media