Channel 4 has unveiled its most popular shows, viral social clips and viewing trends of 2020, a year which saw growth in viewing across all key platforms, particularly amongst young viewers.

In an unprecedented year of global upheaval, viewers have turned to Channel 4 in significant numbers both to its streaming service, All 4, and its linear channels.  All 4 views are up +30 per cent compared with last year, and Channel 4’s linear viewing share over all hours is up +4 per cent.

The growth in viewing share is even greater amongst young audiences, with Channel 4’s 16-34 linear viewing share in all time having grown by +9 per cent on 2019 –  more than any other terrestrial channel and the biggest Channel 4 year-on-year growth for 16-34s on record. In peak time (8-11pm) this is even greater, with share amongst young audiences growing by 15 per cent versus 2019. Channel 4’s share of viewing amongst Black and minority ethnic audiences has also grown by +3 per cent over 2020.

Channel 4 launched its new Future4 strategy in November, with new targets to double viewing to All 4 by 2025 and deliver 30 per cent of revenues from digital advertising and 10 per cent from non-advertising.  Views to content on All 4 are set to hit 1.2 billion at the end of 2020, with digital viewing now set to make up a record 12.5 per cent of Channel 4 viewing this year – its highest ever level.

This has been driven by a combination of established Channel 4 favourites and new titles including The Great British Bake Off, Taskmaster, Deadwater Fell, Murder in the Outback, Barrymore: The Body in the Pool, Gogglebox, Joe Lycett’s Got Your Back, Friday Night Dinner and Celebrity SAS: Who Dares Wins. 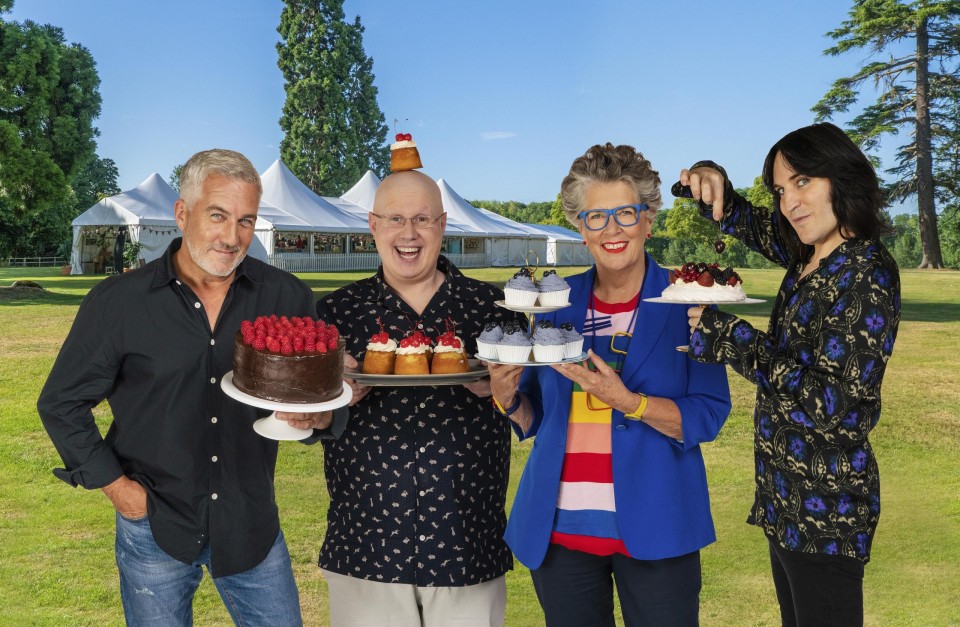 Binge-able boxsets such as Scrubs, Buffy the Vampire Slayer, The West Wing and ER have driven a growth in views to ‘exclusive’ content, with views to it up +66 per cent on All 4. The most binged title on All 4 of 2020 was Married at First Sight Australia.

Across the year, Channel 4 says it was also boosted by its decision to continue to commission reactive and responsive public service programming to both inform, connect and entertain its audience through lockdown – with hits including Grayson’s Art Club, Jamie Oliver’s Keep Cooking and Carry On and a range of current affairs programmes on the pandemic including Coronavirus: How To Isolate Yourself and Coronavirus: Can You Avoid It.

Channel 4 News has had a standout year with viewing share growth of 15 per cent for the main weekday 7pm programme, and growth of +53 per cent amongst 16-34s and +8 per cent amongst BAME audiences – underlining the services’ importance at reaching young and diverse audiences with trusted news. In Ofcom’s recent research into television news providers, Channel 4 News was rated as the most impartial of the public service broadcasters.

Channel 4 News has also had success in reaching audiences digitally and has the biggest social media following of any news programme in the UK, with over 1.5 billion minutes watcher on YouTube and Facebook over 2020, and the fastest-growing YouTube news channel in Europe with 1.5 million subscribers.

Channel 4 launched its 4Studio digital content arm based in Leeds in 2020 and over the year has driven huge engagement with short form content – reaching over 15 billion minutes viewed and 11 billion views in the year to date.  In June Channel 4 also agreed a new partnership with Snapchat to bring versions of its content to young viewers and this has already seen shows like Hollyoaks and Celebs Go Dating reach millions of 16-34s across the UK.

Ian Katz, Director or Programmes at Channel 4 said: “2020 has been an exceptionally challenging year for our nation but I’m pleased that, as a public service broadcaster, we’ve not just provided trusted news and information, but responsive content to help viewers through the hard times and more than a bit of escapist entertainment to provide a glimmer of joy in these rather grim times. Crucially, at a time when more people have been watching television and streaming services, I’m proud that Channel 4 has grown its share of all audiences – particularly with young viewers – and seen record growth in our digital viewing on All 4.”

Dave Cameron, Chief Product Officer at Channel 4 said: “All 4 is the best it’s ever been, winning recognition from viewers and industry alike for its unrivalled breadth and depth of content that has satisfied viewers’ changing needs during a period of huge demand this year – resulting in this record breaking performance.”

Analysis of Channel 4’s All 4 data also reveals a number of regional viewing habits on All 4:

Gogglebox – currently on its 16th and highest rated series – brought a smile to many homes, with locals in Wales and the North of England 16 per cent more likely to watch than the rest of the UK.

The Great British Bake Off also had a successful year, with baking enthusiasts in Ceredigion 34 per cent more likely to tune in followed closely by locals in Oxfordshire who watch 30 per cent more of it than the national average.

Programmes with a local stance proved most popular in the regions they were filmed. Yorkshire based Ackley Bridge was most loved in the north of England with a 53 per cent uplift (specifically West Yorkshire 137 per cent more likely to watch than the rest of the UK); Devon and Cornwall was over 5 times more popular in the south west; Mancunians flocked to shows such as Inside Misguided: Made in Manchester being over 3 times more popular; while Derry City and Strabane in Northern Ireland saw the highest viewing of Derry Girls (167 per cent more) compared to the national average.

For Channel 4 News, The Shetland Islands were the most engaged (116 per cent) followed by Brighton (101 per cent) London 96 per cent) and the rest of Scotland (32 per cent).

And with the lowest levels of sunlight in the UK, A Place in the Sun was longingly watched the most in the west of Scotland (61 per cent uplift).