Netflix’s Spanish series Money Heist led the Whip Watch Report of streaming originals among Spanish viewers for the week of November 29th – December 5th. The fifth and final season of the global hit debuted on December 3rd and also ranked #1 on the Whip Watch Reports for Brazil, France, Italy, Germany, and UK.

The Whip Watch Report ranks the most viewed series originating from SVoD platforms in the past week.

Hawkeye, the Disney+ Marvel series, ranked #2 and Netflix’s Lost in Space took the #3 spot. The Wheel of Time from Amazon Prime Video ranks fourth on the report.

Arcane, the animated series based on the popular League of Legends video game, comes in at #5 followed by You at #6.

Two HBO Max series made the top ten this week including The Sex Lives of College Girls (#7) and Gossip Girl (#9).

The third season of the Amazon Prime Spanish series El Pueblo takes the #8 spot on the report. Coming in at #10 is Locke & Key on Netflix. 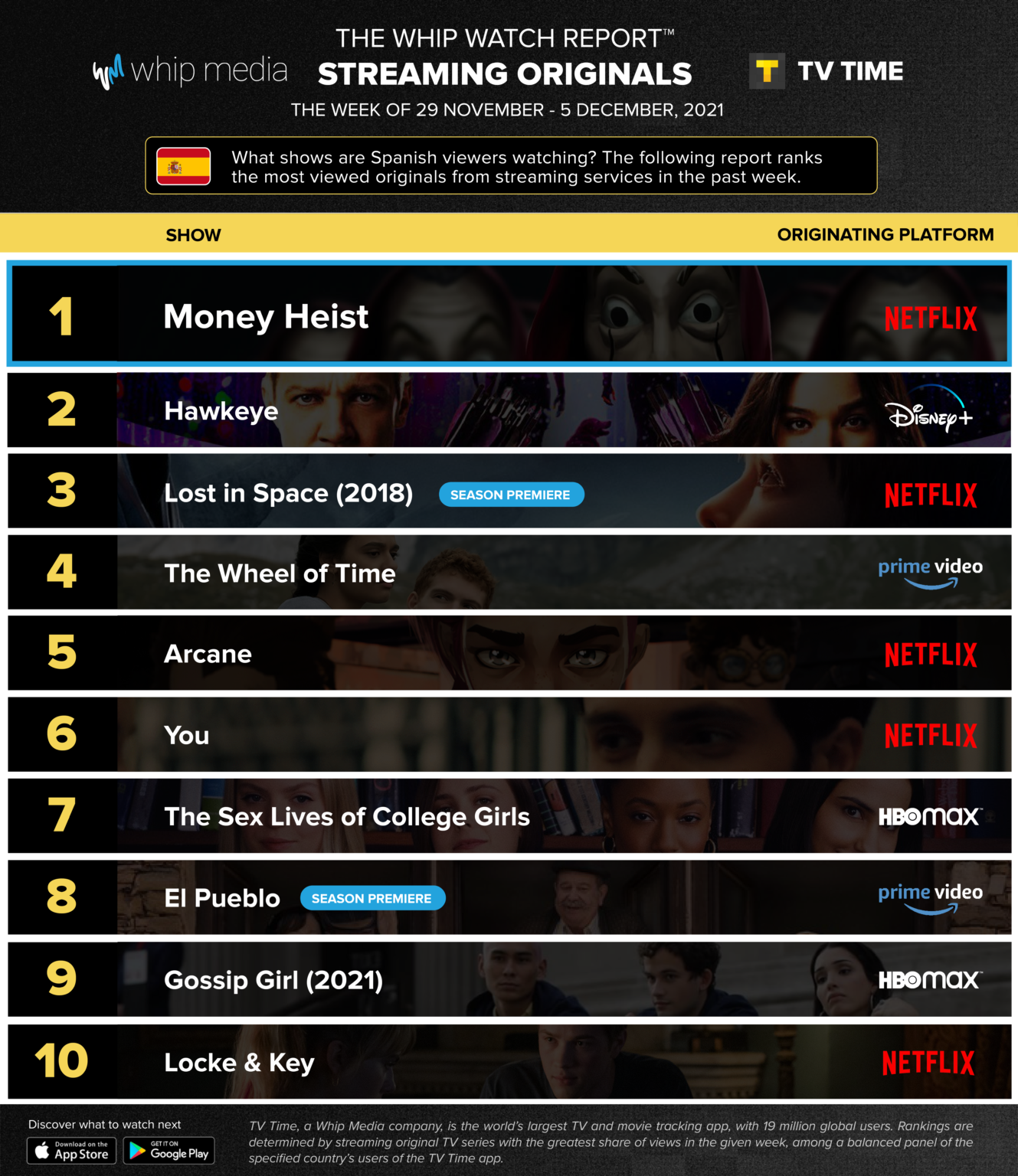 The Whip Media data comes from the company’s TV Time app, the largest TV and movie viewership tracking app with 19 million global users. The Whip Watch streaming originals report rankings are determined by streaming original TV series with the greatest share of views in the given week, among a balanced panel of a specified country’s users of the TV Time app.
You can subscribe to The Whip Watch Report: Streaming Originals for the United Kingdom, Spain, France, Italy and Germany here.