To measure people’s awareness of their phone use, gaming site Solitaired recently surveyed 667 iPhone users, asking them to guess how much time they spend on their phones, then had them send documentation of their actual usage data, courtesy of their iOS Screen Time dashboards.

In addition to asking about the total time people spend on their phones each day, Solitaired asked which apps they think they use most. More than half of all respondents (52 per cent) could not accurately guess which app they use the most. This is striking data that indicates how habituated and unconscious phone users are with respect their usage.

Not surprisingly, social media rules the day (or at least a couple hours of it). The average person spends one hour and 23 minutes on social media every single day. According to respondents, the apps used the longest right now are TikTok and Twitter, both tied for an average of 1.6 hours per day. 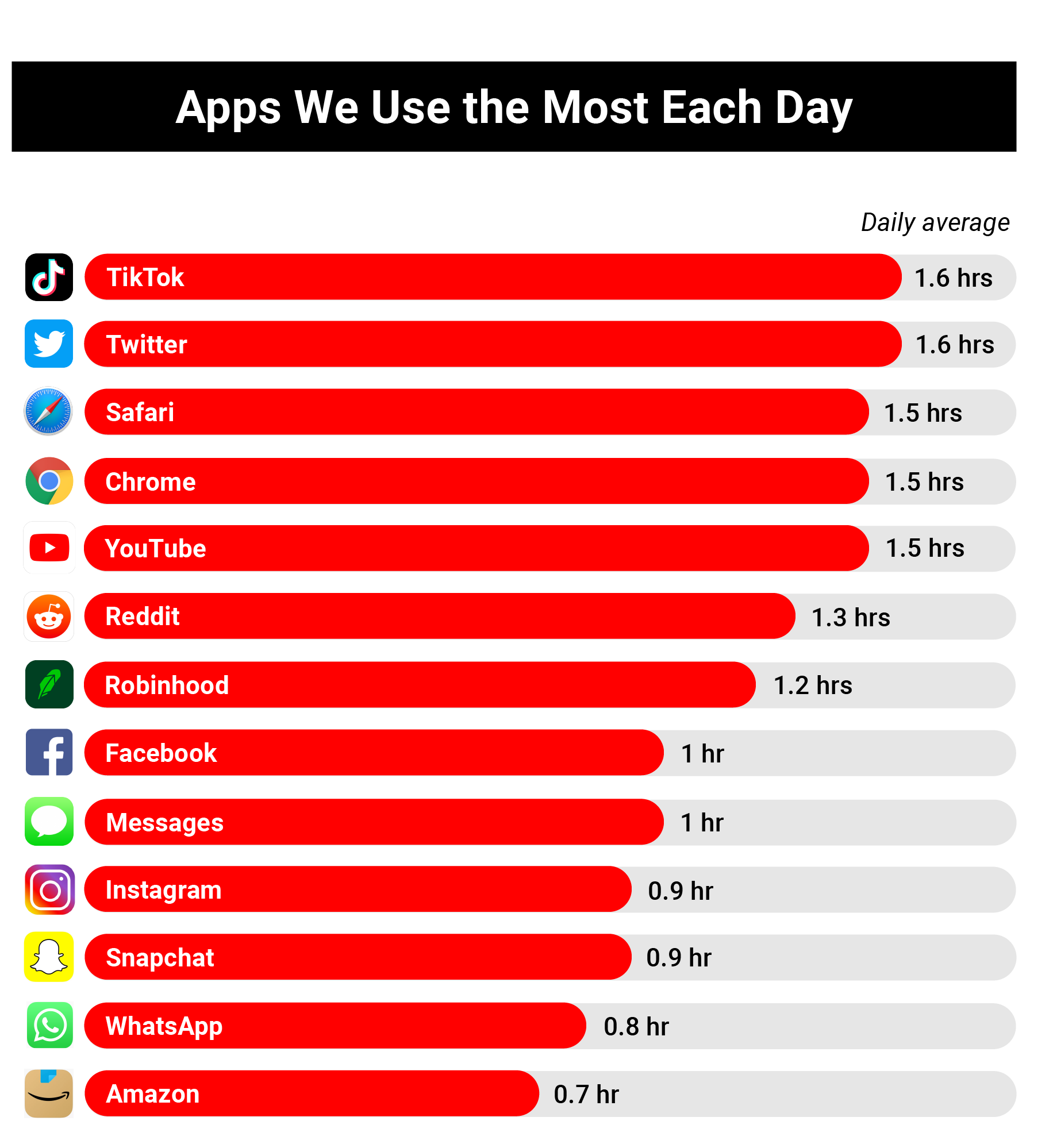