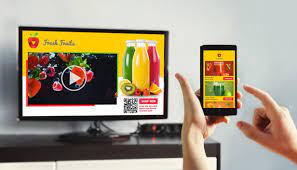 Eighty per cent of European users prefer CTV, with connected TV generating a significant increase in ad attention and engagement compared to YouTube and linear TV, according to the findings of study from advertiser and publisher video solutions provider ShowHeroes Group.

The research used state-of-the-art Tobii eye-tracking glasses, along with eSense electrodermal response sensors, to track the attentiveness of TV viewers, including on CTV (smart TVs and streaming devices) in a home environment. These biometric results were then combined with a quantitative survey of 2,100 respondents in seven key European markets, in findings that will have widespread implications for the digital ad industry.

With attention emerging as a key metric in a post-behavioural age, results showed that CTV easily triumphed in advertising’s golden standard of peak attention and engagement. Key findings from the study include:

“This wide-ranging experiment is the first time we’ve seen exactly how user experience manifests itself: both as an emotional and attention-based response in front of the CTV screen, and within a wider mass sample of European viewers,” notes Sarah Lewis, global director, CTV at ShowHeroes Group. “Because of the high attention that users have in relation to CTV content, paired with high engagement levels, our research shows that connected TV really hits the sweet spot when it comes to delivering a positive ad experience.”

The electrodermal response and eye-tracking methodology used in ShowHeroes’ experiment was devised by Amanda Ellison, professor of neuroscience at Durham University. “If you know what people are looking at through eye-tracking, that’s important, but you don’t actually know anything about how engaged they are,” she explains. “By using electrodermal response sensors to track electrical variations in the skin, we’re able to measure a viewer’s current engagement state, telling us how receptive they are to visual stimuli.

After using these tools to investigate the at-home TV viewing behaviour of 30 UK-based participants, the experiment – conducted by independent market research agency COG – was developed further, via in-depth interviews with 20 respondents, who watched and commented on their own viewing footage with Tobii glasses.

This, along with the extensive quantitative survey of 2,100 TV viewers in seven European regions, gave a deep-dive insight into why CTV is now the continent’s preferred entertainment platform – particularly when it comes to ad receptiveness.

“With CTV content, viewers have high engagement and are in the ideal mental state for remembering messages,” advises Ilhan Zengin, CEO at ShowHeroes Group. “Users are in the overload stage considerably less on CTV, with the format providing a more relaxed, lean-back environment in which to reach viewers. With contextual advertising also emerging as a user preference in the survey, it should be top of mind for brands looking to craft a standout CTV experience,” he adds.